A big pro-Trump community on Reddit has been “quarantined” over reported threats of violence.

If you go to the site’s subreddit The_Donald, as of this posting, you are greeted with this message: 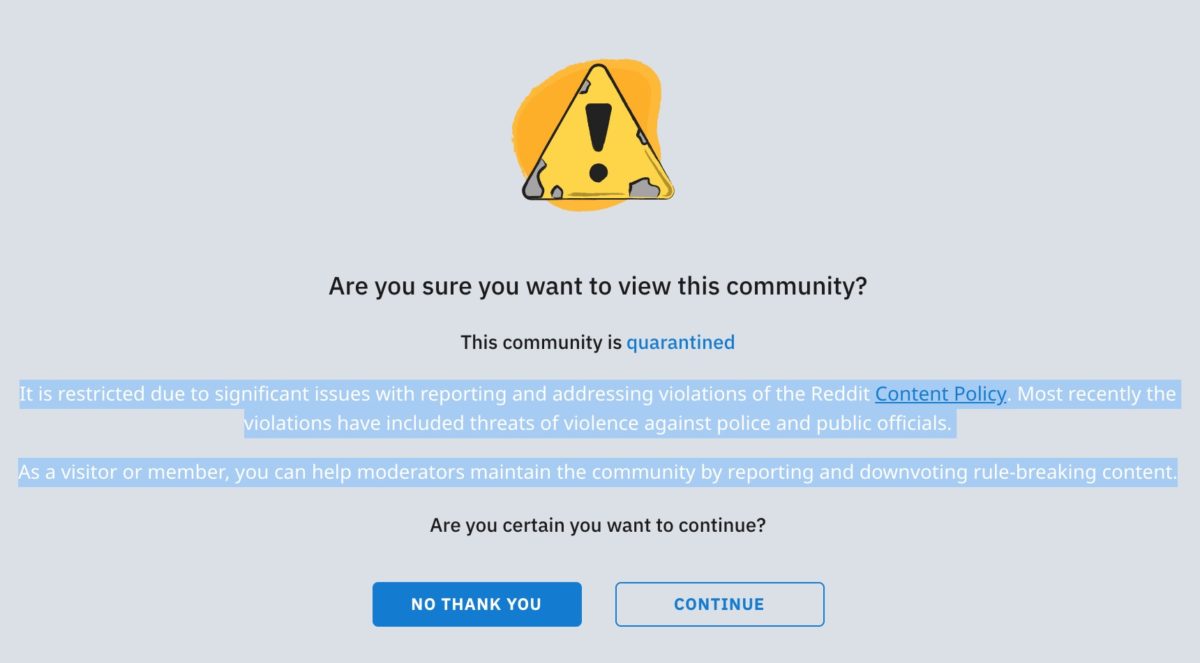 “It is restricted due to significant issues with reporting and addressing violations of the Reddit Content Policy,” the message reads. “Most recently the violations have included threats of violence against police and public officials.”

A lengthy post in the subreddit said there has been “repeated rule-breaking” and most recently, they “observed this behavior in the form of encouragement of violence towards police officers and public officials in Oregon.” (A few days ago Oregon Republican lawmakers fled the Capitol over an upcoming climate vote and the governor sent out the state police to bring them back.)

The announcement today followed a piece from Media Matters this week headlined “A pro-Trump subreddit is full of calls for violence in support of Oregon Republicans.”

The message on the subreddit says moderators should “unambiguously communicate to your subscribers that violent content is unacceptable” and “communicate to your users that reporting is a core function of Reddit and is essential to maintaining the health and viability of the community.”