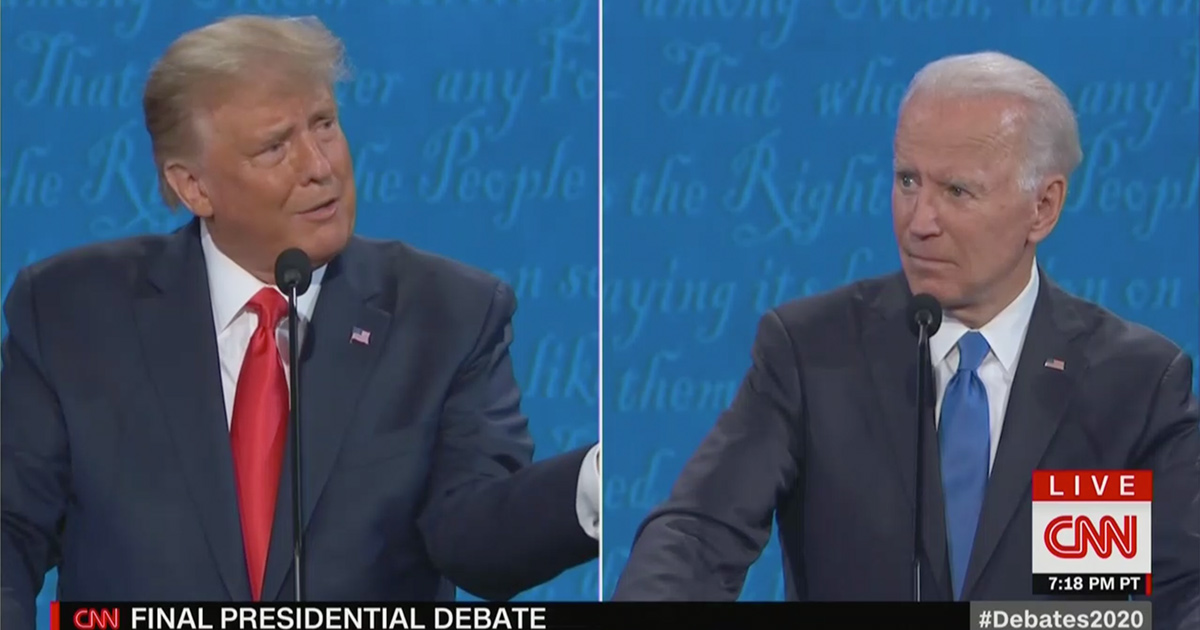 President Donald Trump appears to be conflating Joe Biden with Hillary Clinton, seeing as he’s launching a false attack on his 2020 opponent that’s derived from his 2016 foe.

“Joe Biden called Black Youth SUPER PREDATORS,” Trump tweeted. “They will NEVER like him, or vote for him. They are voting for ‘TRUMP'”

Joe Biden called Black Youth SUPER PREDATORS. They will NEVER like him, or vote for him. They are voting for “TRUMP”.

If this is supposed to be a slam on Biden’s 1994 crime bill, Trump botched it up despite his frequent claims. Reuters points out that it was Hillary Clinton who used the term “super predators” in the 90s.

In any case, Biden didn’t use the term “super predators,” and political observers are pointing that out to Trump:

He did not. Hillary Clinton did use the term — though made no mention of race in relation to it. https://t.co/EibYwCzWRx https://t.co/IBb6sYBALf

That was Hillary, dum-dum, not Joe.

On the other hand, it was you who said two Black members of Congress should "go back" to the "crime infested places from which they came," said that "laziness is a trait in Blacks," and said you "hate" having "Black guys counting my money." https://t.co/ACYC1c5pBH

Joe Biden constantly used the term “Super Predator” when referring to young Black Men, according to my sources.