Laura Ingraham Claims Tear Gas Wasn’t Used on Protestors, Gets Fact Checked By Reporters Who Were There 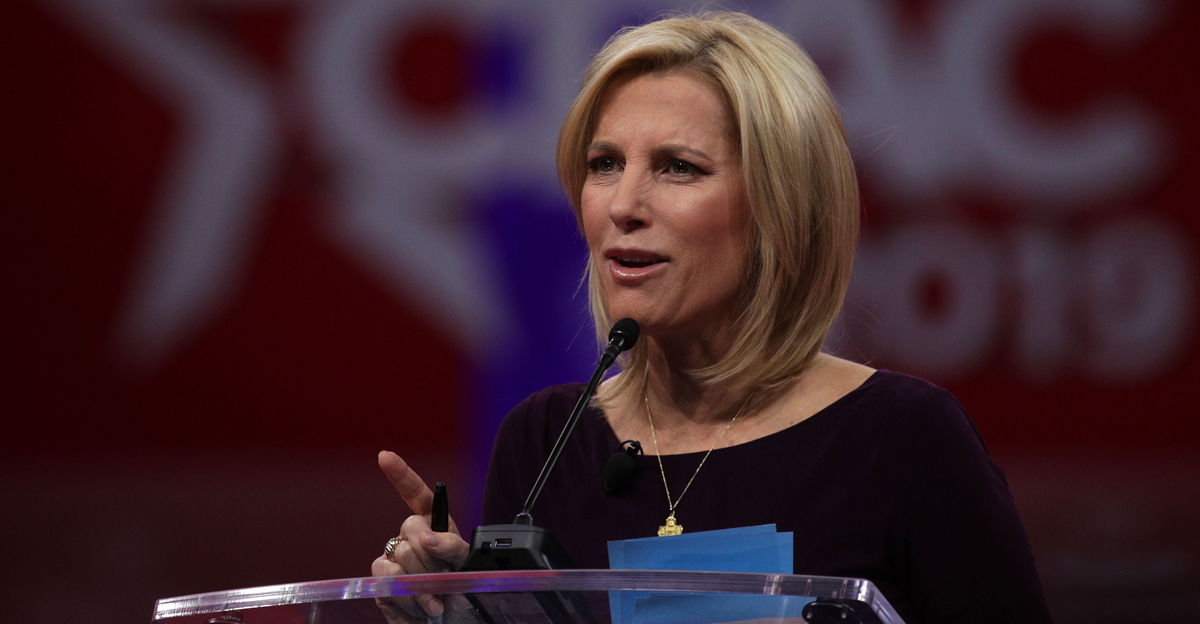 Laura Ingraham claimed no tear gas was used on protestors outside the White House Monday night, after demonstrations were forcefully broken up to allow President Donald Trump to visit a Washington D.C. church.

Those claims were swiftly disputed by reporters who were at the scene, and are contradicted by Fox News’s own reporting on the protests.

Ingraham responded with outrage to the following statement from former Obama adviser David Axelrod: “Tear gas & rubber bullets, horses & batons to break up a peaceful crowd across from the WH apparently to clear them out all so the @POTUS could stage a photo op, holding up a bible. at St. John’s Episcopal Church.”

According to footage of the scene and reports from the ground, heavily armed police and National Guard units flooded into Lafayette Square in Washington D.C. on Monday to crack down on a peaceful protest. It was around 6:30 p.m.: moments before Trump delivered a speech from the Rose Garden and 30 minutes before the 7 p.m. curfew.

When Trump finished his Rose Garden speech, he walked through the now-empty Lafayette Square, under Secret Service protection, to pose in front of St. John’s Episcopal Church with a Bible. The church had been set on fire by rioters the night before.

Ingraham’s claim that no tear gas was used is likely based on several tweets from a WTOP reporter, who cited an anonymous source from U.S. Park Police claiming only smoke canisters were deployed on the crowd. The source also claimed police did not clear the square to for Trump to visit the church.

Those claims are refuted by reporting on the ground.

“I was in the middle of a crowd coughing up a lung. All sort of projectiles were being fired at a peaceful crowd,” he wrote.

This “no tear gas” angle is ridiculous. I was in the middle of a crowd coughing up a lung. All sort of projectiles were being fired at a peaceful crowd. I just watched our raw video from 6:35-7pm. Protesters had taken a knee, chanting “Black Lives Matter” when the advance started https://t.co/t0piOrEdJd

I can’t shake this scene of a middle-aged man, clutching his chest and clearly in distress as he was fired on. Protesters rushed forward to help as the firing continued. pic.twitter.com/NbtvqGXUix

Yahoo News White House correspondent Hunter Walker — who was at the protest — also fact checked Ingraham’s claim, linking to a video of the moment police gassed the crowd.

“To describe the sensation to you, my eyes are just filling with tears and absolutely stinging,” Walker reported, as he showed protestors dousing their eyes with water.

“This is like doubly Orwellian because I was gassed,” Walker wrote of the police denial. “These people are literally asking me not to believe what my eyes saw and felt. It’s actual teargaslighting.”

Hi Laura. Park Police are the ones with the blue helmets in this clip, part of a clearly coordinated advance. You can also see the many colors of gas and people reacting in real time. Please have more respect for your audience than this. https://t.co/ybbEQD0Fl8

Here is the unedited clip from my livestream showing the moments protesters were tear gassed and cleared from Lafayette Park ahead of Trump’s visit to St. John’s Church. I am posting this because people are trying to say it did not happen. https://t.co/vlqMyICsjZ

Despite that reporting from the ground, U.S. Park Police issued a statement later Tuesday claiming that they did not use tear gas, but conceding that pepper balls were deployed to disperse the crowd. The CDC considers pepper spray a form of tear gas. Its website makes clear that pepper spray is one of several “Riot control agents (sometimes referred to as ‘tear gas’)”.

Rev. Gini Gerbasi, who was at St. John’s Episcopal Church before Trump’s photo op, also said police cleared out clergy and protestors from the scene with chemicals.

“I was coughing, her eyes were watering, and we were trying to help people as the police – in full riot gear – drove people toward us,” she wrote in a post on Facebook.

UPDATE: Ingraham has demanded a correction of this article based on the claim from Park Police that the gas they deployed, which brought protestors to tears, was not tear gas. It bears repeating that Fox News itself reported that tear gas was used on protestors.

I was in Lafayette Park on Sunday night when the facilities building was being burned and trashed–the same pepper spray was fired. Not pleasant to inhale but not tear gas. There’s a big difference. Correct your article please.

“Tear gas is anything that makes you cry,” said Dr. Lynn Goldman, dean of the George Washington University Milken Institute School of Public Health, speaking of chemicals used in crowd dispersal. “Pepper spray is a tear gas. But there are all kinds of other ones, too.”