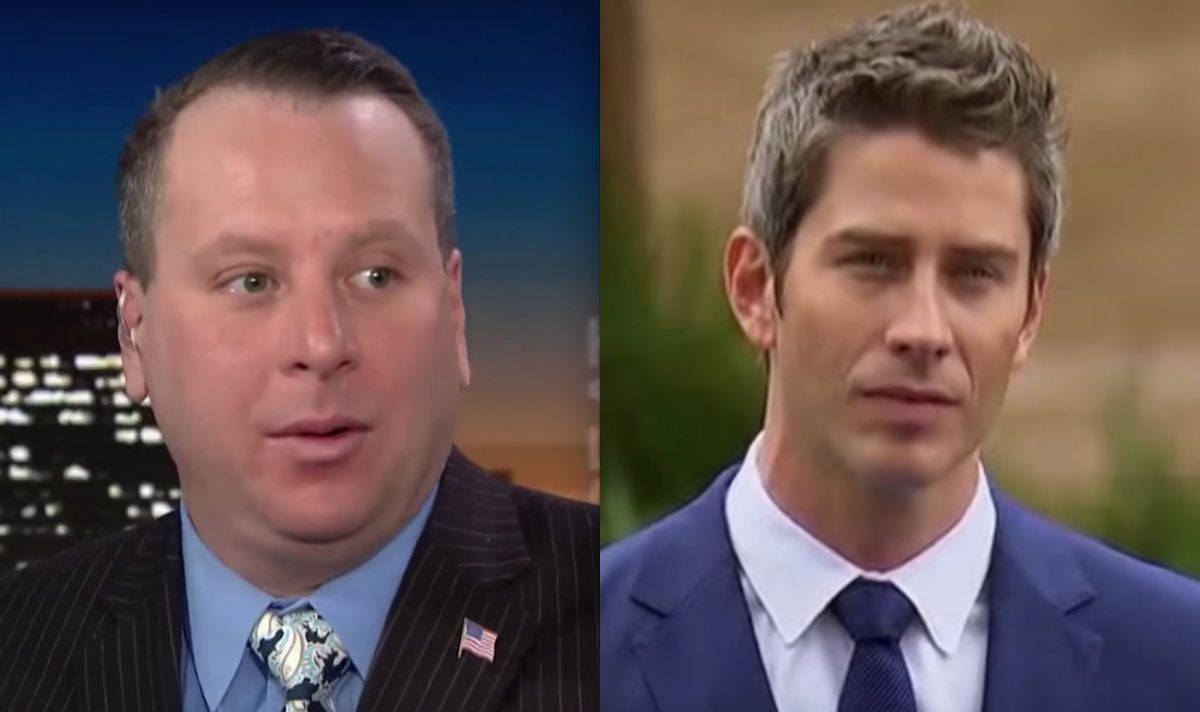 You may have heard that former Trump campaign advisor Sam Nunberg did a few cable television interviews yesterday. Yes, they were totally bonkers and entertaining as hell, but now that the buzz has worn off many commentators are suggesting that the whole saga was completely inappropriate, even “pornographic,” and that the news media should have shown some semblance of restraint when it came to giving him live air time to have a public meltdown.

As someone who has deep disdain for much of what the media has become, my first instinct is indeed to blame CNN and MSNBC for what happened here. After all, this was not news. In fact, the only theoretical news hook, that Nunberg — a minor witness who was not part of the Trump campaign when the bulk of what led to the Russia investigation occurred — was going to defy a subpoena from Robert Mueller, didn’t even make it until midnight. He later announced that he would cooperate after all and then cancelled other interviews scheduled for this morning.

Living in the Los Angeles media market, this was all quite reminiscent of one of our infamous car chases, televised live during slow news periods. There is no actual news there, it’s just compelling TV because some actual news COULD break out at any moment and everyone loves to watch a good car crash.

Much like with these car chases, the truly responsible thing for the media to do would be to tape these incidents and THEN air only key segments IF real news ever actually happens. Otherwise, the news media is both exploiting someone’s dangerous behavior while also giving them a greater incentive to be even more reckless (there is no doubt that Nunberg knew that he had to keep saying new and crazier things for his manic media tour to continue).

But on the other hand, when should the media have realized, or decided that Nunberg was effectively on a televised car chase? This determination is not that easy to come to, even in retrospect.

In fact, you could make a pretty good argument that it wasn’t until CNN host Erin Burnett said, live on air, that she smelled alcohol on Nunberg’s breath, that it was clear that interviewing him live and unedited was obviously unethical (to be clear, if he was a truly important figure, then the rules would be less rigid, but he is not). As it turns out, his friends realized very early on in the fiasco that something was very off, and he has reportedly said that he will seek treatment after he testifies on Friday.

So while the news media was in a bit of a tough spot, it should also be made clear that no one in a decision-making position actually gave a damn about such human considerations. The only real factors that went into each media booking were: is Nunberg still the top trending subject on Twitter, do we think people are still going to want to watch this train-wreck, and should we speak to him on the phone, or in studio?

Ironically, the news story which was most pushed to the sidelines by the Nunberg spectacle was one that could have FAR more significance to the Russia probe, but which lacked the sexiness of a live interview where the subject might literally say anything. That was the New Yorker revelation that Christopher Steele had written a memo BEFORE Mitt Romney had been passed over by Trump as Secretary of State saying that the Russians were essentially vetoing him.

Some have even suggested that the whole Nunberg stunt was just an act for some other purpose (a distraction perhaps?), but given the sporadic and very contradictory nature of his assertions, as well his clear personal loathing for Trump, it is very difficult to see how that theory fits everything we seem to know. Sometimes an epic personal meltdown is just really an epic personal meltdown.

It is very interesting that all of this occurred on the same day that ABC’s The Bachelor was televising a rather similar situation. Arie Luyendyk Jr. had proposed to one of the two finalists and appeared to be headed for his happily ever after (which, for a reality show usually means at least a few months of post-show bliss before the break up).

Before the show even began to air its key episodes, however, Arie had a change of heart and broke up with Becca (with whom, despite what my wife insists, he should have stayed) in what appears to be a misguided attempt to get back together with Lauren, the “runner up.” What makes this similar to the Nunberg story is that ABC, apparently with Arie’s help, decided to set Becca up and tape the entire brutal break up while airing it for about thirty minutes without edit.

While “Bachelor Nation” clearly couldn’t take their eyes off of this much-hyped drama, there was also much consternation that ABC and Arie had essentially conspired to magnify, and take advantage of, Becca’s devastation, all so that the show would have a more theatrical and ratings-friendly conclusion.

Of course, “Bachelor Nation,” much like the cable news audience, is really ultimately to blame for these decisions being made — and human decency is no longer part of the equation. The producers know that while some people might feel uncomfortable about it, we’re still going to watch. In the end, that is all that really matters now.

Ultimately, there is at least one more thing connecting Nunberg and Becca from The Bachelor. Both should have known that they were signing up for a reality show and, at least at some level, need to take responsibility for the perils of making that deal with their respective devils.