Gov. Andrew Cuomo Has Largely Vanished from CNN as Controversies Around Him Swirl 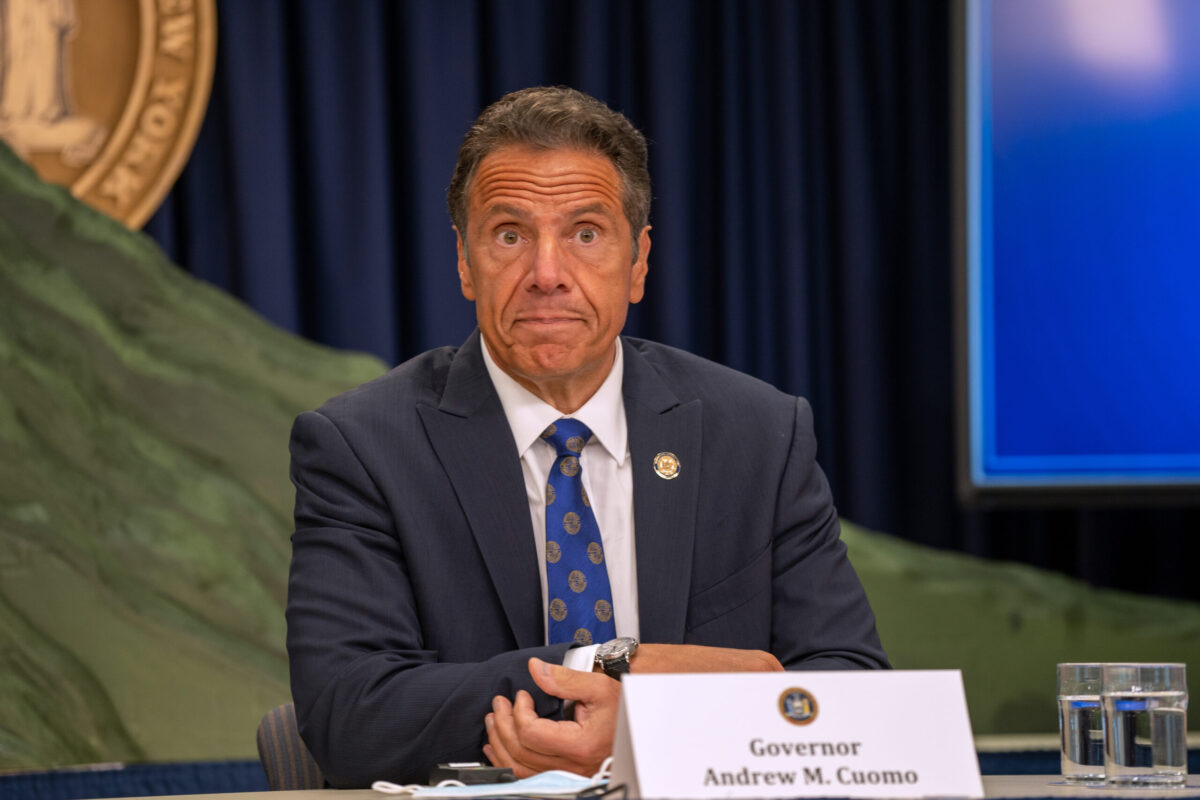 CNN viewers might be asking that question this week after his name nearly vanished from the network.

The Democratic governor has faced an onslaught of allegations this month from fellow members of his party. Those allegations began with a report by the state’s attorney general alleging that New York’s nursing homes undercounted the number of coronavirus deaths.  State Assemblyman Ron Kim subsequently accused the governor of threatening him in an effort to keep the allegations secret. And this week, a former aide to the governor, Lindsey Boylan, accused Cuomo of sexually harassing in a culture of “pervasive” harassment and “bullying.”

Gov. Cuomo has denied these allegations.

The explosive allegations even bubbled into a Senate confirmation hearing this week for Merrick Garland, who is expected to serve as the next attorney general, with Garland saying that he was open to investigating criminal misconduct in the state. “With all of these investigations, the Justice Department is open to evidence of fraud, false statements, violations of the law,” Garland said.

Nonetheless, Cuomo’s name has hardly been uttered on CNN. According to Snapstream, which features a searchable television transcript database, Gov. Cuomo’s name was mentioned by guests or hosts of the network just 23 times from Monday through Thursday afternoon. Fox News, by contrast, named the governor more than 800 times in the same period. To be fair, transcriptions are often inexact, but the difference in mentions is enormous.

Of the 23 instances we found, Cuomo wasn’t named at all on Tuesday or for the first half of Thursday. He was named once on Wednesday, though not in relation to the snowballing scandals. That reference came in the context of a report of two new Covid-19 vaccination sites in New York, with a reporter on CNN host Brooke Baldwin’s show telling viewers, “Gov. Andrew Cuomo says both are aimed towards more equitable vaccine distribution.”

Prior to that singular reference, Cuomo’s name was last invoked on Monday. “Ted Cruz and Andrew Cuomo have one thing in common,” host John Berman said on one occasion, referring to the Republican Texas senator who made headlines for briefly traveling to Cancun with his family last week. “They both made an appearance of sorts on Saturday Night Live.”

Anchor Brianna Keilar did cover the allegations related to nursing homes in a Monday segment with Reliable Sources host Brian Stelter. To be fair, they were not exceedingly charitable to the governor. Nonetheless, the two anchors did devote some of their energy to attacking the governor’s critics and said: “real reporters” were “digging into” the issue.

“He’s saying we didn’t communicate well enough, we didn’t sort out the misinformation,” Stelter said. “And I’m sure he feels that there are partisan, right-wing websites and television networks that are unfairly trying to take him down. Every single hour they’re talking about Cuomo on some of those other channels. Republicans in the state of New York feel so emboldened right now.

“At the same time, Brianna, to your point, there are a lot of real reporters digging into this, asking legitimate questions, and it’s never a good look for the governor to say it’s about misinformation and lying,” he added.

The network’s reason for omitting Cuomo’s name from its coverage isn’t clear. CNN said this month that it banned the governor’s brother, Chris Cuomo,  from covering the governor during the primetime show he hosts after he was widely panned for conducting glowing interviews with him during the coronavirus pandemic.

CNN did not respond to a request for comment from Mediaite. But within an hour of submitting the request, the network’s John King managed to name the governor once more on Thursday afternoon, with a brief report noting that Cuomo denied allegations of wrongdoing.

“Andrew Cuomo denying sexual harassment allegations from a former adviser,” King said. “Lizzie Boylan alleges the governor kissed her on the lips following a one-on-one meeting in his office in 2018. Boylan also says the governor allegedly suggested they play strip poker. That allegedly happening when they were on a flight together in 2017. In a statement from Cuomo’s office, four staffers who were on that flight dispute Boylan’s story. And the governor’s press secretary says her claims of inappropriate behavior are simply false.”