Chip Roy Does Full 180 on Trump Conduct, Slams Liz Cheney For Saying Trump is Not the Future of the GOP

Chip Roy Does Full 180 on Trump Conduct, Slams Liz Cheney For Saying Trump is Not the Future of the GOP 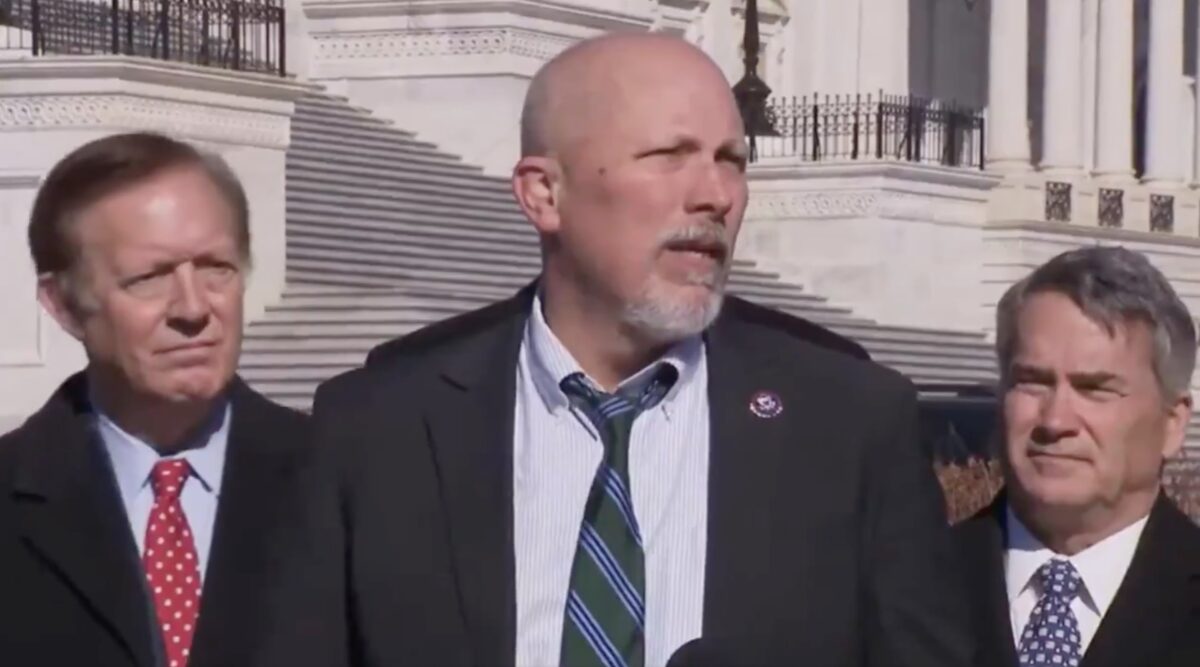 It appears Congressman Chip Roy (R-TX) has flip-flopped over Donald Trump’s conduct in office, judging by how he’s attacking House Republican Conference Chair Liz Cheney for condemning the former president — as he once did.

Roy spoke before reporters on Thursday, saying he defended his “friend” weeks ago when Congressional Republicans made their failed push to oust Cheney from her leadership role. This uproar occurred after Cheney voted to impeach Trump for incitement of insurrection after deeming him responsible for the crowd of his supporters who violently invaded the U.S. Capitol to overturn his election defeat.

Ever since Trump’s term ended in chaos, Cheney has urged the GOP to cut ties with the former president and find a new leader for the party’s future. This came to a flashpoint on Wednesday when she blatantly contradicted House Minority Leader Kevin McCarthy as they spoke about whether Trump ought to be the headliner at the Conservative Political Action Committee (CPAC) this weekend.

Clearly, Roy did not approve of that:

Disgruntlement over Liz Cheney’s leadership position renewed after her comment yesterday that Trump shouldn’t be part of GOP future. Chip Roy during House Freedom Caucus presser: “Yesterday, Liz forfeited her right to be chair of the Republican conference” pic.twitter.com/V5d57cLnXh

Yesterday, Liz forfeited her right to be chair of the Republican conference. You cannot stand up and make a statement that is so completely out of step of the Republican conference and where the American people — who support President Trump — are. It’s unfortunate that she made those remarks. I think it was short-sighted, but I also think it was purposeful, and I think that’s a problem

Interestingly enough, Roy’s remarks come after he spoke on the House floor a month ago and addressed the push to impeach Trump for the 2nd time. While he criticized the “flawed” impeachment articles put forward by Democrats, he also said at the time that Trump “deserves universal condemnation for what was clearly impeachable conduct.”

His open and public pressure – courageously rejected by the Vice President – purposefully seeded the false belief among the President’s supporters, including those assembled on January 6th, that there was a legal path for the President to stay in power. It was foreseeable and reckless to sow such a false belief that could lead to violence and rioting by loyal supporters whipped into a frenzy.

Multiple polls since Trump’s departure from office show that a sizable chunk of the GOP remains in lockstep behind him. However, pro-Trump and anti-Trump factions are still competing for control over the Republican Party’s future, which has sparked conversations about the “cancel culture” both groups are trying to bring against each other.