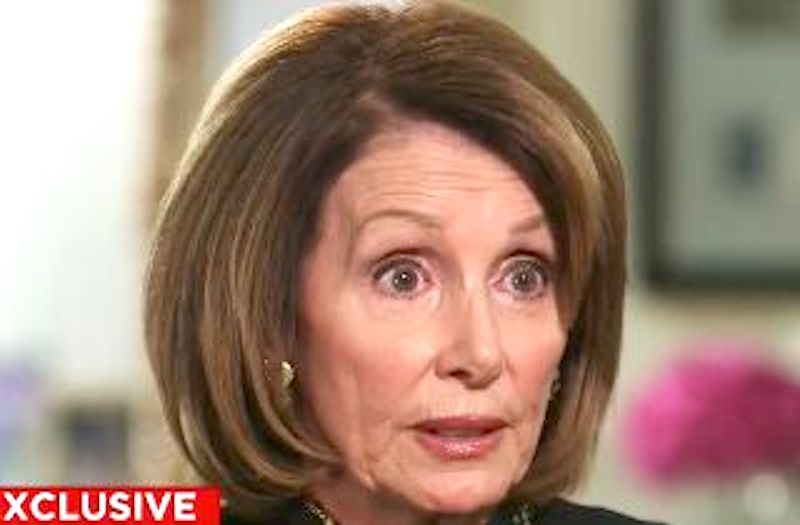 The big video clip breaking from the sneak preview of this weekend’s Charlie Rose interview of Stephen K. Bannon on 60 Minutes consists of Bannon claiming the Catholic Church only supports DACA and other lenient immigration policies for money and to fill their churches.

It’s a sexy sound byte and it’s completely understandable that it’s getting the attention it deserves.  I take issue with Bannon’s take on this, but that’s better argued by brilliant Catholic writers like Ed Morrissey at Hot Air. Frankly, I’m much less interested in Bannon’s words and behavior in this exchange (as a former Breitbart employee I am more than familiar with the executive chairman’s view of the Church) than I am in Rose’s badgering of Bannon on his faith.

“I remind you, a good Catholic,” Rose intoned severely, “that Cardinal Dolan is opposed to what’s happened with DACA.” Rose then leaned in and repeated, for Catholic guilt-ridden emphasis:  “Cardinal Dolan.”

Like many conservative Catholics, I so look forward to Rose pressuring Catholic Democrats on their abortion-on-demand policies in a similar way. In fact, isn’t it fair to ask why this kind of questioning hasn’t already taken place between the numerous exchanges between Rose and the California Democrat? Strangely, I can’t seem to find it. In the transcript of an interview in 2010, abortion is only raised by Pelosi while talking about backlash on Obamacare. No follow-up from Rose.

Of course, in a broader sense, this isn’t an issue that is exclusive to Rose’s double-standard. It can be expanded to most members of the media in their interactions with all prominent Catholic Democrats. Can anyone remember an interview with Joe Biden or John Kerry of Tim Kaine or Andrew Cuomo (all Catholic Democrats) that has anywhere near the intimidating and manipulitive questioning displayed by Rose in this exchange?

I mean, sure, the issue is sometimes raised and the Democrat in question usually says something like “Oh, my personal view is that life begins at conception by I won’t impose my personal, religious views on women who don’t agree,” and the topic is left at that. Question asked and answered, let’s move on.

But Rose, in his questioning of Bannon, invokes a specific Cardinal and frames his challenge with the “I remind you, a good Catholic” preface. Even worse, after Bannon’s response Rose follows up with even more self-righteous condemnation with “That’s a tough thing to say about your church.” Show me the exchange where a mainstream media interviewer presses a Democrat on their completely un-Catholic and theologically repulsive suggestion that they won’t “impose” their Catholicism on the people their laws influence. In fact, the Church has always maintained that it is a Catholic lawmaker’s duty to adhere to pro-life doctrines.

But responsibility likewise falls on the legislators who have promoted and approved abortion laws, and, to the extent that they have a say in the matter, on the administrators of the health-care centers where abortions are performed.  – Pope John Paul II, Evangelium vitae (1995), no. 59.

Furthermore, the modern Democrat position on abortion (as articulated in Hillary Clinton‘s platform in 2016) goes well beyond the old “safe, legal and rare” talking point from decades gone by. Clinton (beholden to Planned Parenthood and NARAL) included a plank that advocated for using tax-payer money to fund abortions, thus doing away with the Hyde Amendment. This clearly raises the stakes for Catholic Democrats who can no longer hide behind the fig leaf that their personal views oppose abortion but they’ll not interfere with a woman’s choice. Now their position is to take money from pro-life Americans and use it to fund the act that they find to be so abhorrent, immoral and, yes, sinful. Does this not rise to the level of at least a modest challenge to these Democrats who still call themselves Catholic?

Bannon’s answer to Rose was flawed and problematic, but the double-standard of only holding Catholic conservatives up to answer for their alleged contradictions with the Church and letting liberals have a pass on an issue as fundamental and critical as the abortion issue is reprehensible.