If Dems Care About Election Interference, Then They Should Care About The Rigged DNC
Opinion

If Dems Care About Election Interference, Then They Should Care About The Rigged DNC 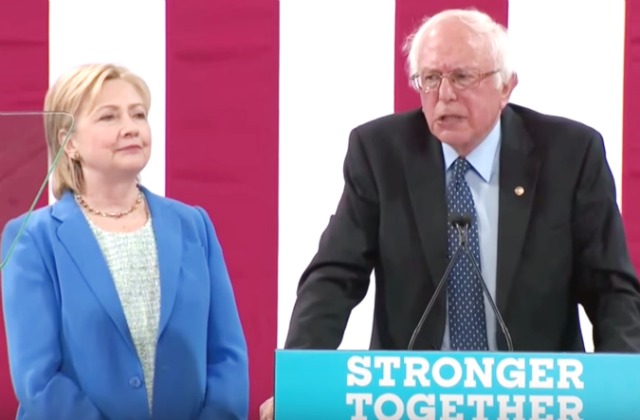 For almost a year, Russia has dominated the conversation and rightfully so. They hacked into emails, spread fake news, tried to infiltrate voting systems, met with Trump campaign officials, and provided opposition research to the Clinton campaign. Their goal was simple: inject chaos and divide our country. And sadly, they succeeded.  No matter how you voted last November, you should be livid that a foreign adversary meddled in our election.

Democrats in particular have been outspoken with their outrage towards Russia, especially since many of them firmly believe that had it not been for the interference, their candidate would have won.

However, if in fact election integrity matters to Democrats like they’ve been preaching about constantly, then they should be deeply concerned about the latest revelations regarding the DNC.

Thursday morning, an excerpt of former DNC chair Donna Brazile‘s was released where she confirmed what many have already assumed; that the DNC was rigged against Bernie Sanders and in favor of Hillary Clinton. Between the leaked emails that exposed the anti-Sanders slant and Brazile’s own efforts in feeding debate questions to the Clinton campaign, it was fairly obvious that the primary was catered to the former Secretary of State. But what we didn’t know before was that Hillary Clinton struck a deal with the DNC back in August of 2015, long before she officially became the party’s nominee, where she basically was funding the entire organization because President Obama left them broke and then-chairwoman Debbie Wasserman-Schultz was apparently incompetent to raise the money under her leadership. Not only that, the Clinton campaign called all the shots, including the staff.

There are so many remarkable elements to this bombshell, but first let’s examine the bomb-thrower herself.

As recently as this past spring, Brazile denied allegations that the DNC was rigged (she also waited months to admit that she fed those debate questions to Clinton). So why did she change her tune? Well, the easy answer is that she has a book to sell. I personally think there might be something more.

Perhaps she read the tea leaves and wanted to cover her own butt. Brazile stepped in as interim chair of the DNC when Debbie Wasserman Schultz was ousted due to the leaked emails. As she described in her book, she was handed a big mess. And in reality, she threw Schultz, Clinton, and Obama under the bus, but what if this was a legal strategy? This transaction between the DNC and the Clinton campaign could have violated campaign finance laws and even some Democrats have called it money laundering. So with that in mind, Brazile wanted to clear her name and distance herself from any sort of misdeeds. However, those tea leaves could have offered her more than free legal advice. Maybe she saw that the future of the Democratic Party doesn’t belong to Clinton; it belongs to Sanders. Sure, he ended up losing in the primary, but he always had the energized base behind him. Brazile wanted off the Titanic before it hit the iceberg and chose to get on a lifeboat. No matter how relevant she thinks she is, Hillary Clinton represents the past, not the future- and Brazile knew it.

To this day, despite numerous allegations of criminal activity and the lack of excitement, Democrats still defend the Clintons. Hell, even Bernie Sanders rolled over and played dead for her and that was after Brazile informed him about the rigged DNC. Seeing Sanders supporting Clinton after she rigged the primary was like seeing Nancy Kerrigan supporting Tonya Harding. It felt wrong on so many levels.

Democrats ought to be mad as hell at Hillary Clinton, even the ones that voted for her because if the DNC gave Sanders a fair shake, he could have had a better showing during the primary and maybe even defeat Donald Trump in the general, a reality that was ultimately crushed by the corrupt Clinton machine.

Ever since the general public was made aware of Russia’s activity in the election, Democrats have compared it to 9/11 and Pearl Harbor and deemed it as an “attack on our democracy.” If Democrats truly value our democracy and are authentically enraged about election interference, then they are obligated to address the problems in their own backyard.