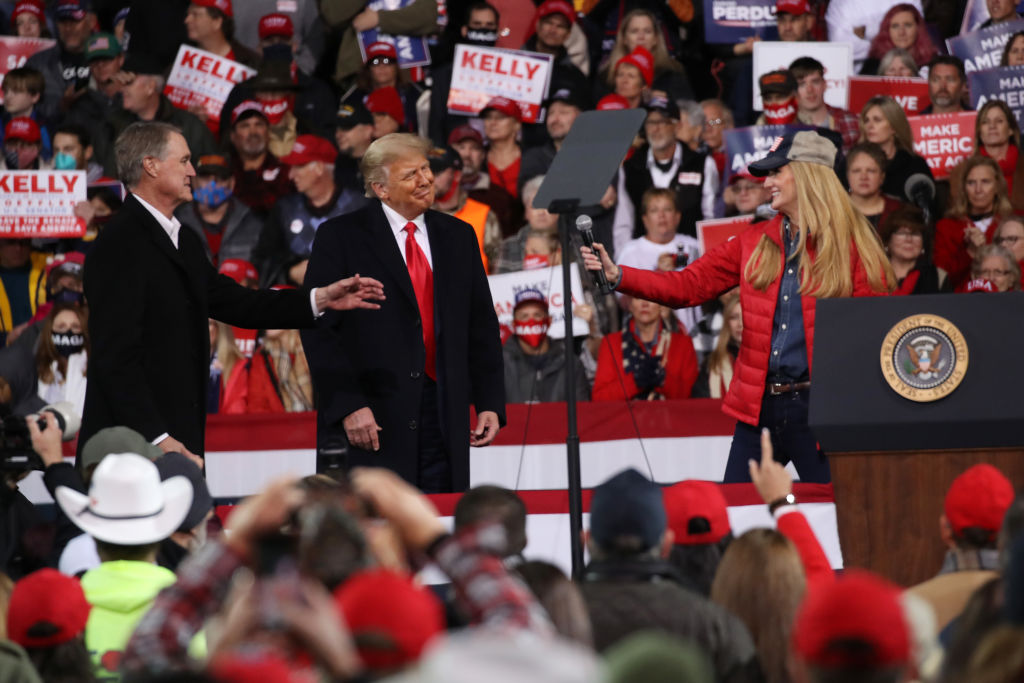 Key Republican Senators — including several rumored 2024 hopefuls and the two senators facing a runoff in Georgia — started off the new year by strategically switching their votes during the Senate override of President Donald Trump’s veto of the 2021 version of the National Defense Authorization Act (NDAA).

On Friday afternoon, the Senate completed the first official veto override of the Trump administration, picking up the baton of the House’s override vote from Monday and easily re-affirming the passage of the defense budget by a sufficient margin to defeat Trump’s veto. But while the vote tally was nearly the same as the original roll call, there were notable differences. More than two weeks ago, the Senate voted 86 – 8 in favor of the defense bill, with just six abstentions. On New Year’s Day, however, the veto override tally was 81 –13, with 12 senators now officially not voting.

In the intervening two weeks since the first vote, of course, the political ground within the Republican Party has continued to shift as the president has pushed further into conspiracy-addled claims about the 2020 election and threw a last-minute wrench into the Covid relief bill — that he then eventually signed. As a result, almost of the switched votes in the New Year’s Day override involved strongly pro-Trump GOP senators straddling their desire for the defense bill to pass while also trying to avoid angering the party’s most dominant personality and fundraiser.

Nowhere was this awkward balancing act more clear than in Georgia’s two incumbent senators, David Perdue and Kelly Loeffler, who are currently in the fight for their political lives in that state’s special election. During the holidays, Perdue had already drawn fire for flip-flopping from his opposition to direct payouts as part of this past spring’s coronavirus stimulus package. Loeffler too appeared to get backed into a corner about supporting Trump’s demand for $2,000 checks during an appearance on Fox News on Tuesday.

So, during the veto override vote, both Georgia senators backed off their previous ‘Yea’ position, which, had they stuck with it, would’ve meant very publicly rejecting Trump, who is due to campaign for them in their state again on January 4th. But voting against the defense budget in a state with a heavy military footprint also presents political problems. So, Perdue and Loeffler solved this dilemma by officially abstaining from the vote. (Note: Perdue entered a quarantine protocol on New Year’s Eve after exposure to a Covid-19 positive person.)

But that pair weren’t the only GOP senators to revise their previous vote on the defense budget. Trump confidante and frequent golf partner, Sen. Lindsey Graham (R-SC), also followed Perdue and Loeffler in switching from “Yea” to “Not voting” on the bill. On the other hand, frequent Trump critic Sen. Ben Sasse (R-NE) went from backing the NDAA to not voting on it. Outgoing Colorado Republican Sen. Cory Gardner followed the same pattern as well.

Today I voted against the Senate’s attempt to override @realDonaldTrump’s veto of the #NDAA.

One GOP Senator who did a full 180 on the bill was possible 2024 candidate Josh Hawley, (R-MO), who just made a very public showing of support for Trump — and political play for Trump supporters — by announcing on Wednesday that he will object to the Electoral College results when they are to be certified in Congress on January 6th.

CORRECTION: A previous version of this story incorrectly asserted that Sen. John Kennedy (R-LA) reversed his prior stance by voting against the veto override. The Louisiana senator’s position has been consistent. He has voted against the NDAA every time it has come to the floor. Ted Cruz and Tom Cotton voted “nay,” and did not abstain, as the article previously stated.  Mediaite regrets the errors.