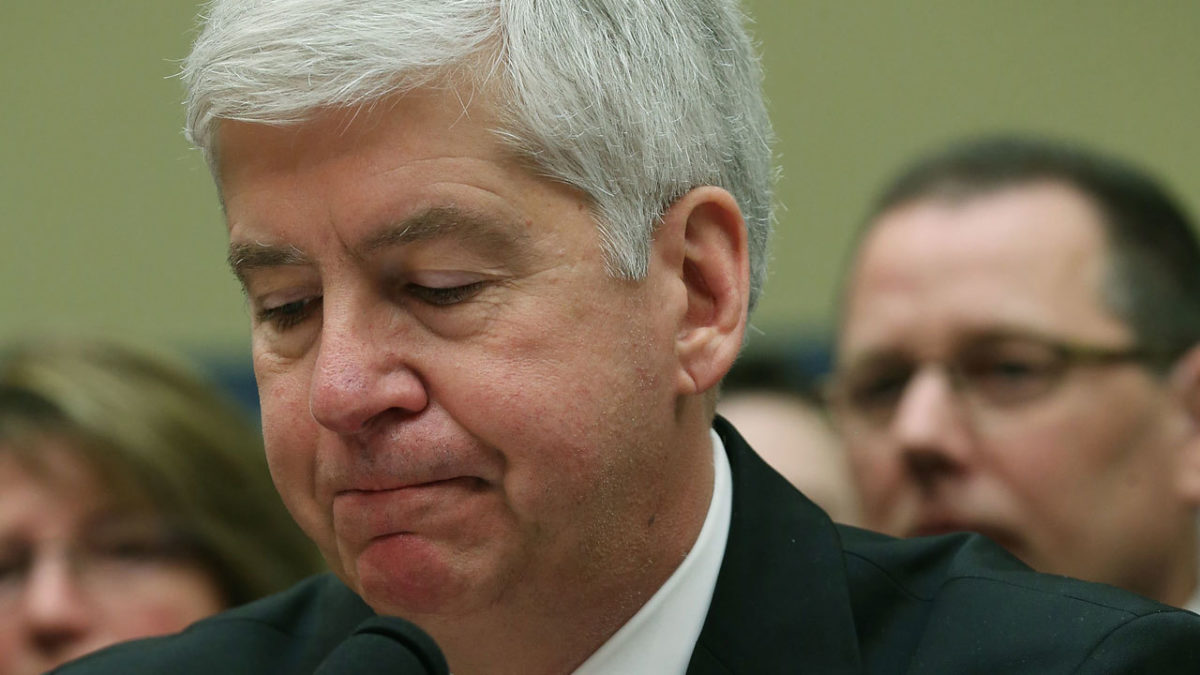 A former Michigan governor who saw the ongoing water crisis in Flint unfurl while he was in office said he will withdraw from a Harvard fellowship following backlash.

I have informed the HKennedy Sch that I am turning down its offer as Snr Res Fellow. It would have been exciting to share my experiences, both positive and negative; our current political environment and its lack of civility makes this too disruptive. I wish them the best.

Rick Snyder, a Republican, announced the decision in a tweet Wednesday, saying, “I am turning down [Harvard’s] offer as Snr Res Fellow.” He said, “Our current political environment and its lack of civility makes this too disruptive.”

In a press release last week, Harvard touted Snyder’s “significant expertise in management, public policy, and promoting civility” in announcing his appointment as a fellow with Harvard’s Kennedy School of Government. The release didn’t mention Flint.

The announcement was met by an upwelling of criticism against Snyder’s fellowship coordinated through the Twitter hashtag #NoSnyderAppointment.

The Flint water crisis began in 2014 after Flint’s water supply was switched from Lake Huron to the Flint River, which was not treated correctly and soon became contaminated with toxic levels of lead from pipes. Snyder publicly apologized for the crisis in 2016.