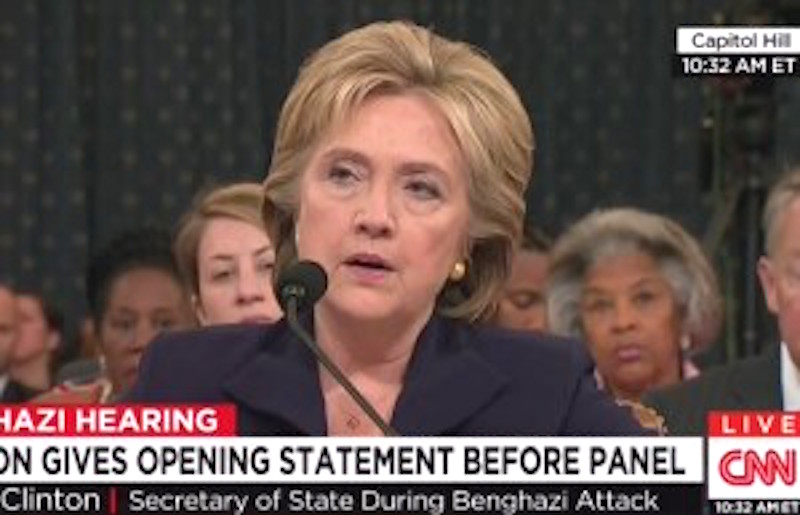 It appears Benghazi is coming back from the dead.

A federal judge ordered the State Department to search through government emails pertaining to the September 11, 2012 terrorist attack, particularly the accounts of several of then-Secretary of State Hillary Clinton‘s top aides.

Washington D.C. District Court Judge Amit Mehta, who is an Obama appointee, is honoring the FOIA (Freedom of Information Act) request made by the conservative watchdog group Judicial Watch.

Although the State Department reviewed the over 30,000 emails Clinton handed over to the agency in December 2014, nearly two years after she stepped down as Secretary of State, Mehta concluded that their efforts weren’t enough and that they must review the emails of her aides Huma Abedin, Cheryl Mills, and Jake Sullivan.

“Secretary Clinton used a private email server, located in her home, to transmit and receive work-related communications during her tenure as Secretary of State,” Mehta stated. “[State] has not, however, searched the one records system over which it has always had control and that is almost certain to contain some responsive records: the state.gov email server.”

He added that the State Department “has offered no assurance” that the emails already obtained by Judicial Watch “constitute the entirely of Secretary Clinton’s emails during the time period relevant to Plaintiff’s FOIA request.”

Judicial Watch president Tom Fitton said in a statement, “This major court ruling may finally result in more answers about the Benghazi scandal — and Hillary Clinton’s involvement in it — as we approach the attack’s fifth anniversary.”