Charlie Crist Has A Friend In Dana Milbank 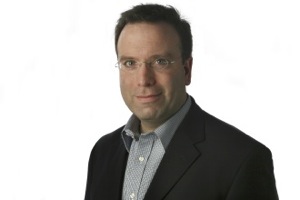 Florida governor Charlie Crist is having a hard time making friends in light of the rapid rise of his Senate primary opponent Marco Rubio. At least now he can now count Washington Post columnist Dana Milbank among his supporters, who is calling his decline in the GOP “a whole new level of Jacobin excess” and calling for those who value “sanity” to endorse him.

Milbank, who is not coming at the issue from a Republican perspective, wrote in his column that while he understood the ideological purging that both parties often participate in as the nation polarizes before an election, losing a someone with Crist’s history of bipartisanship would be severely detrimental to Republicans. For one, he notes that Crist is faring much better in general election polls against probable Democratic candidate Kendrick Meeks:

The only reason a far-right candidate such as Rubio is competitive at all is because this year heavily favors Republicans. In a normal election year — 2012, perhaps — Republicans will rue their purging of the Crists and Specters who could have kept them competitive.

He has a point. Rubio is extremely off-putting for many on the left, and legislators are forced by their job into negotiating in a bipartisan manner. Entering Congress with a rigid ideological view, even if in earnest, will either end in legislative gridlock or make the partisan “flip-flop” in order to get anything done.

That’s not to say that Milbank is forgiving of excessive ideological wavering. Milbank is clearly a Crist fan and, while he disagrees with many of Rubio’s views, he saved his sharpest attacks for Eric Cantor and Mitt Romney, who he called the “Naked Opportunist wing of the party” for waiting until it was abundantly clear that Rubio would win before endorsing a candidate. While other Rubio supporters come off in Milbank’s take on the matter as radical or insane, Cantor and Romney are dismissed completely as ideologically vapid outside of their desire to win for their team.

His column also makes some veiled mentions of a point of contention involving Crist’s private life, claiming that his decline in the Republican polls were the result of a “man-crush” between him and Obama (also harkening back to an attack ad by the Rubio campaign displaying Crist and Barack Obama embracing that some opponents considered homophobic). Crist must not be too happy that even his supporters have to joke about his sexuality, but at this point he’ll probably take what he can get.