CNN Fires Back at WH Suspending Acosta’s Credentials: ‘This Unprecedented Decision Is a Threat to Our Democracy’
video

CNN Fires Back at WH Suspending Acosta’s Credentials: ‘This Unprecedented Decision Is a Threat to Our Democracy’ 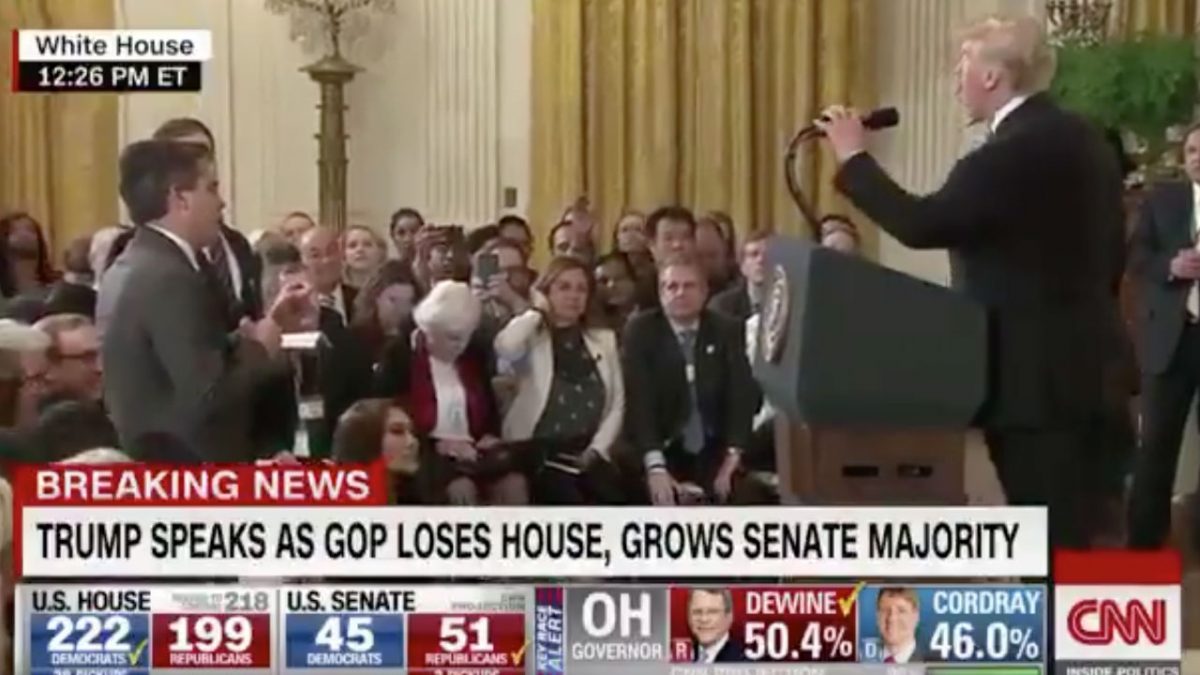 “The White House announced tonight that it has revoked the press pass of CNN’s Chief White House Correspondent Jim Acosta. It was done in retaliation for his challenging questions at today’s press conference. In an explanation, Press Secretary Sarah Sanders lied. She provided fraudulent accusations and cited an incident that never happened. This unprecedented decision is a threat to our democracy and the country deserves better. Jim Acosta has our full support.”

Sarah Sanders accused Acosta of “placing his hands on a young woman just trying to do her job as a White House intern,” referencing the intern who tried to take the mic from Acosta.

Reporters in the room responded by saying that didn’t happen, and CNN also posted the video of the moment in question tonight:

Here is a video of the interaction for the world to see: pic.twitter.com/us8u5TWzDz