Eric Bolling Explodes At Geraldo Over Obama’s Response To Benghazi, Hangs Up Mid-Interview 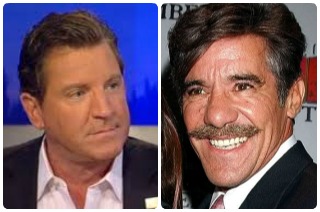 Fox News Channel hosts Eric Bolling and Geraldo Rivera blew up at each other on Rivera’s radio program on Tuesday amid an argument over the appropriateness of President Barack Obama’s response to the attacks on American diplomatic and service personnel in Benghazi in 2012. Bolling and Rivera battled over Obama’s personal culpability in the attacks until Bolling hung up after being accused by Rivera of alleging that the president was “a damn murderer.”

Bolling said that there are multiple legitimate questions relating to the administration’s response to the Benghazi attack, including who gave the order to not respond to the second attack and why the White House first blamed the attack on a YouTube video.

Bolling said that the military abandoned its 237-year-old motto to “leave no one behind.”

“You just heard Eric Bolling make an inflammatory statement alleging the worst kind of comment by the president and the secretary,” Rivera said to former New York Gov. Eliot Spitzer.

“It’s not alleging. It’s what happened,” Bolling fired back. “There’s nothing alleged about that, Geraldo.”

“What you’re alleging is an intentional failure to intervene when they had the opportunity to do that,” Spitzer agreed.

Bolling contested that he ever said that either President Obama or former Sec. Hillary Clinton gave the order to “stand down,” but that order was given. Rivera asked Bolling “what movie are you watching” to make such a claim?

The group exploded when Rivera said that Bolling was making Obama “look like a damn murderer.” Bolling asserted that a “verbal stand-down order was given” on the night of the Benghazi attack. “You made that up,” Rivera contested.

“I’m not doing this,” Bolling fired back. “These are the facts. You guys can look them up and I’ll talk to you about it next week.”

At this point, Bolling hung up the phone. Spitzer and Rivera concluded that there was no evidence to suggest that Obama personally acted in bad faith on the night of the Benghazi attack.

Listen to the clip below via The Geraldo Rivera Show: