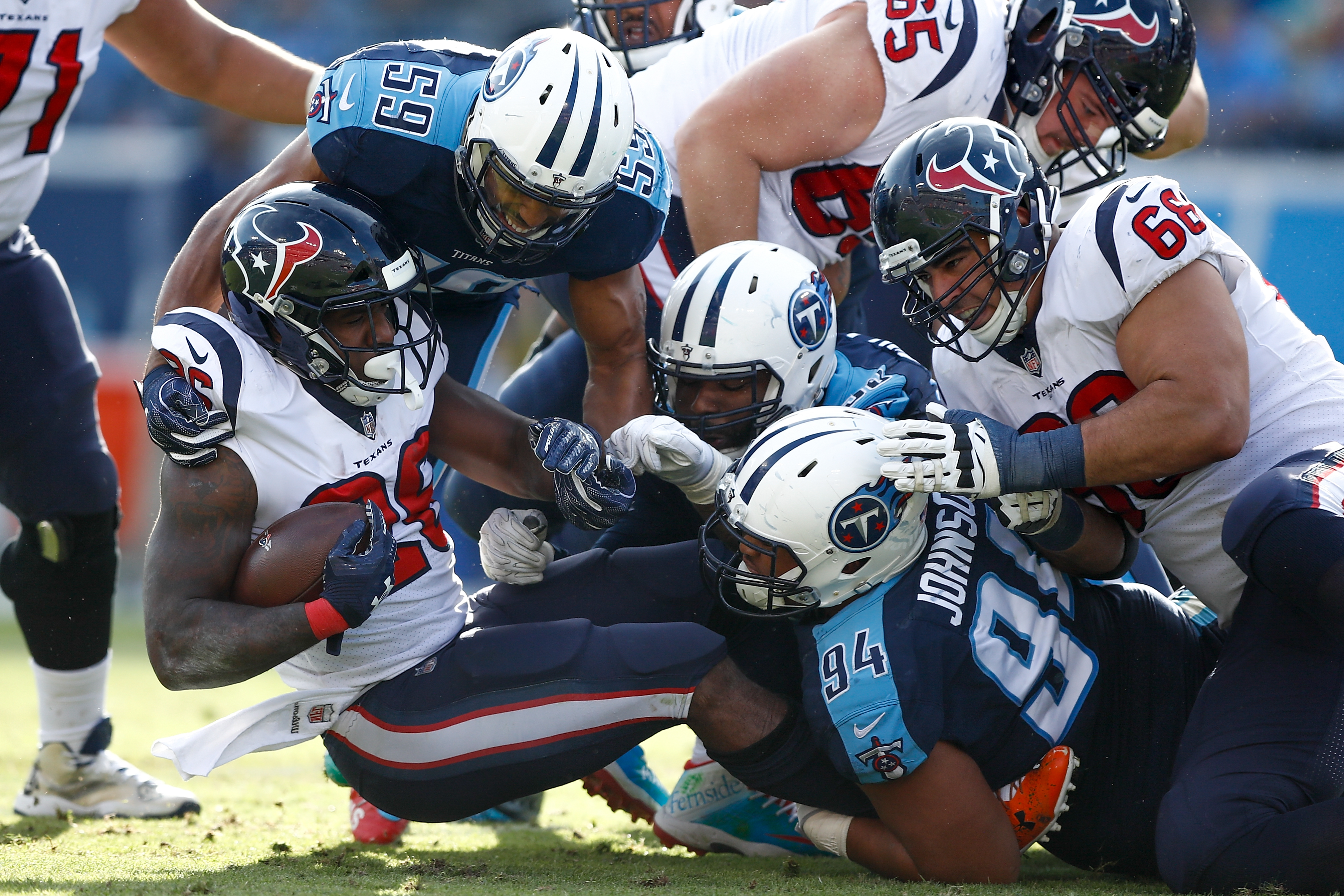 Two AFC South teams, on Monday night, find themselves in the unenviable position of following last week’s wild primetime shootout between Kansas City and the L.A. Rams. It’s the Tennessee Titans vs. the red hot Houston Texans at NRG Stadium in Houston

The Titans come in desperate for a win, as they enter at 5-5 — in third place in the division behind both the Texans and Indianapolis. If they go down on Monday night, they would trail the Texans by three games with just five to play — a nearly insurmountable deficit.

The Texans, incredibly, have reeled off seven straight wins after their 0-3 start. DeShaun Watson has led a potent attack for the Texans. But this team lives and dies on the pass rush from their superb front seven — led by J.J. Watt and Jadeveon Clowney. A win over a division rival in this primetime showdown will put the Texans, improbably, a stone’s throw away from the postseason.