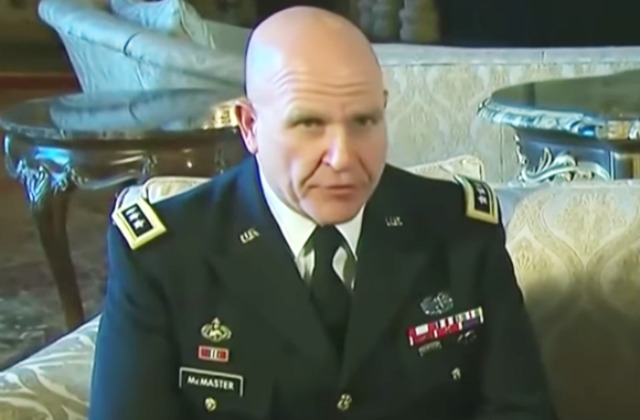 One big difference in presentation between President Trump and Barack Obama is the willingness of the former to use the phrase “radical Islamic terrorism.” Last year Obama explained he believes this to be a “manufactured” issue and does not want to give the impression of linking radical terrorists to the rest of the Muslim world.

The argument from Trump and many Republicans has been that the United States cannot effectively fight an enemy it cannot honestly identify.

But according to The New York Times, Lt. Gen. H.R. McMaster––the man chosen by Trump this week to be national security advisor––is on the other side of that argument:

President Trump’s newly appointed national security adviser has told his staff that Muslims who commit terrorist acts are perverting their religion, rejecting a key ideological view of other senior Trump advisers and signaling a potentially more moderate approach to the Islamic world.

The adviser, Lt. Gen. H. R. McMaster, told the staff of the National Security Council on Thursday, in his first “all hands” staff meeting, that the label “radical Islamic terrorism” was not helpful because terrorists are “un-Islamic,” according to people who were in the meeting.

CNN independently confirmed McMaster made those remarks, and he additionally “spoke in starkly different terms about Russia, saying the talk about Moscow being a friend of Washington is over.”