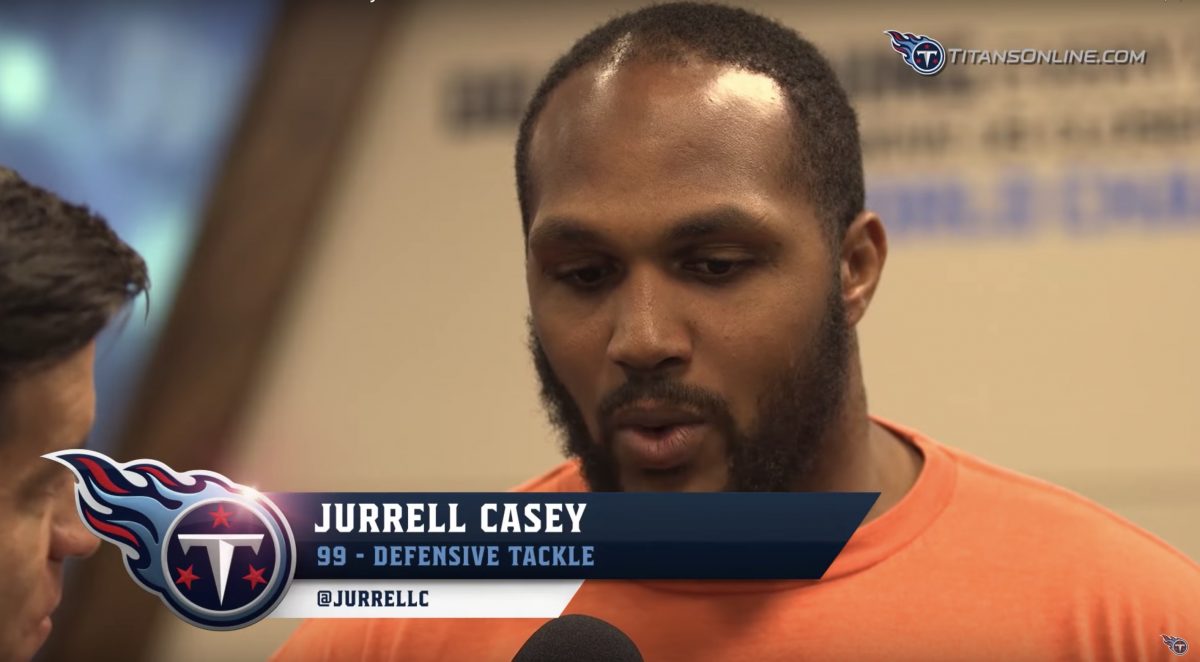 Instead, he will simply pay the fines and keep on protesting.

Speaking to CNN Sports Wednesday while in London, Casey said the rule won’t stop him.

In a new policy enacted in May, teams will be subjected to fines if one of their players protests during the anthem. However, it also gives the players the option to remain in the locker room if they choose to do so. The team also has the option of paying the fine or passing it along to the player. The NFL also left the option open of fining players directly.

The move comes after the National Anthem controversy egged on by President Donald Trump who used his Twitter platform to lambaste protesting players. He also called for such a rule to be in place.

Marshawn Lynch of the NFL’s Oakland Raiders stands for the Mexican Anthem and sits down to boos for our National Anthem. Great disrespect! Next time NFL should suspend him for remainder of season. Attendance and ratings way down.

The NFL has all sorts of rules and regulations. The only way out for them is to set a rule that you can't kneel during our National Anthem!

NFL commissioner Roger Goodell said the rule was about being “respectful of the national anthem.”

“We want people to be respectful of the national anthem,” he said about the new rule. “We want people to stand — that’s all personnel — and make sure they treat this moment in a respectful fashion. That’s something we think we owe. [But] we were also very sensitive to give players choices.”

The amount of the fine for protesting has not been announced.