Poll: 57% of Americans Are Unaware of – Or Indifferent to – Glenn Beck

Poll: 57% of Americans Are Unaware of – Or Indifferent to – Glenn Beck 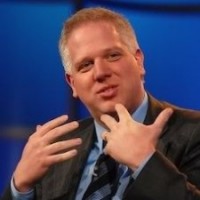 Around these parts, we’ve often wondered about the relationship between Glenn Beck and Rush Limbaugh, and whether Beck’s dazzling ascent to power and influence would inversely affect Limbaugh, the current king of conservative media presence. A new NBC/Wall Street Journal poll, which interviews 1,005 adults about their views on Beck’s favorability, finally allows us to analyze the two head-to-head in a quantifiable manner.

According to the findings, 24% of Americans have a positive view of Beck (including 13% “very positive”), while 19% have a negative opinion of the Fox News host (including 14% “very negative”). The remainder is a whopping 57% of Americans who answered either “Don’t Know Name/Not Sure” or “Neutral” when asked about the seemingly polarizing and popular Beck. Is it possible that rumors of Beck’s influence have been greatly exaggerated? Why don’t we ask Van Jones.

Limbaugh was regarded favorably by 23 percent of Americans, but unfavorably by 50 percent — including 37 percent who held a strongly negative view. This is not a new problem for Limbaugh, incidentally, who has been roughly this unpopular since at least 1995.

Silver sees Beck’s ace in the hole as the fact that he’s “conservative but anti-establishment,” and since most voters “have a haphazard, inconsistent, and somewhat fluid set of views,” Beck represents a figure outside “the tenets of political orthodoxy.” The rest of Silver’s analysis is well worth a read and can be found here.

But there’s a larger meta-issue here, about Beck’s inclusion in the poll altogether, as it at once proves his topical importance and adds to it. And so, there’s another question worth asking: What kind of relative neophyte in broadcasting gets an opinion poll commissioned by a major network and newspaper? The answer, though, is obvious: he’s the same one interviewing with Katie Couric, leading a protest movement and manhandling the ratings.