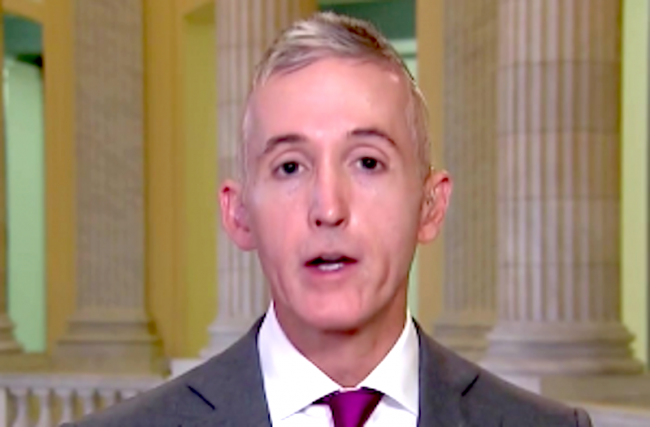 During a meeting today, the House GOP Steering Committee decided that Rep. Trey Gowdy (R-SC) would be the one to replace Rep. Jason Chaffetz (R-UT) as chairman of the House Oversight Committee.

Last month, Chaffetz announced that he would be exiting Congress before the end of his term, later revealing that he’d be leaving at the end of June. It has been rumored that Chaffetz will pursue a cable news career with Fox News, something he hasn’t really denied.

Gowdy is well known for his work on the House’s Benghazi probe, heading up the select committee on the events surrounding the 2012 tragedy. It was that panel that ended up uncovering that Democratic presidential nominee Hillary Clinton used a private emails server while Secretary of State.

While he didn’t put his name up for the Oversight post, it had been expected that the steering committee would pick him.

The Oversight Committee will be a key one moving forward as they are tasked to look into President Donald Trump’s decision to fire FBI Director James Comey.