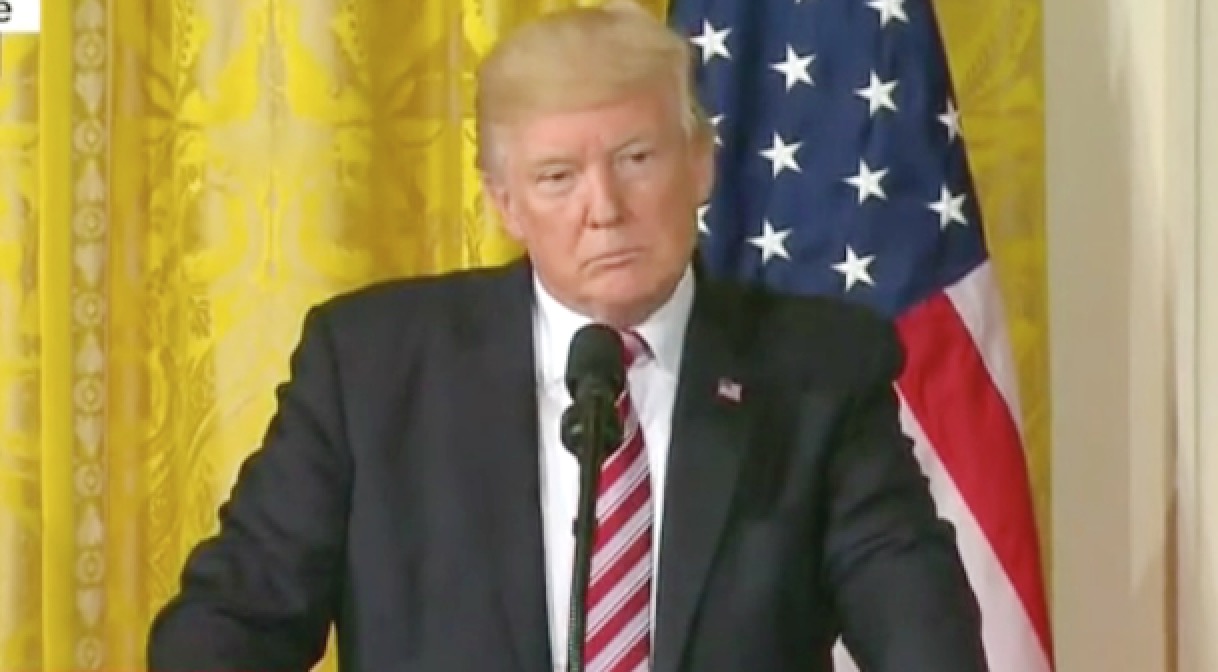 Another day, another chance for President Trump to bash the “fake news” media.

Trump got back on the presidential Twitter machine Wednesday morning to let everyone know his opinion of the political press isn’t getting any better. Currently, Trump seems to be particularly upset with how he was covered during his trip yesterday to assess the crisis situation in Puerto Rico.

A great day in Puerto Rico yesterday. While some of the news coverage is Fake, most showed great warmth and friendship.

Wow, so many Fake News stories today. No matter what I do or say, they will not write or speak truth. The Fake News Media is out of control!

It is unclear what “fake news” the president is referring to. Much of the coverage of his Puerto Rico trip was centered around footage from yesterday, which included: the president bringing up the island’s debt problems again, comparing the death tolls of Hurricanes Maria and Katrina, and throwing paper towel rolls at storm victims. These developments sparked new scrutiny from those who think Trump used his trip for political posturing more than anything else.