Trump Issues Statement on McCain After Silence Met With Criticism: ‘I Respect’ His Service 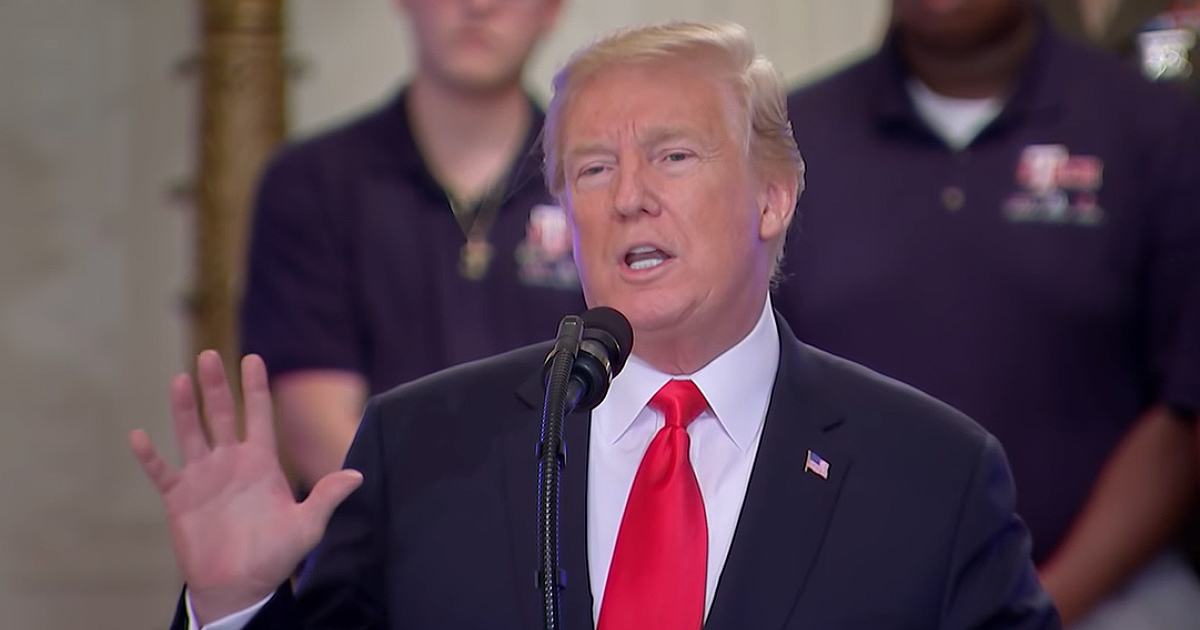 Approximately two days after the death of John McCain, President Trump has released a full statement recognizing the lifetime of public service the Arizona senator is leaving behind.

Even though Trump sent out a brief Twitter statement shortly after McCain’s death on Saturday (which had nothing to say about McCain himself), political observers noted that he was conspicuously silent for the most part with regard to the departure of his recurring political foe.

A short time ago, the White House sent out a new statement from Trump, saying “I respect Senator John McCain’s service to our country” despite the prominent quarrels they had while the senator was still alive.

Despite our differences on policy and politics, I respect Senator John McCain’s service to our country and, in his honor, have signed a proclamation to fly the flag of the United States at half-staff until the day of his interment.

I have asked Vice President Mike Pence to offer an address at the ceremony honoring Senator McCain at the United States Capitol this Friday.

At the request of the McCain family, I have also authorized military transportation of Senator McCain’s remains from Arizona to Washington, D.C., military pallbearers and band support, and a horse and caisson transport during the service at the United States Naval Academy.

Finally, I have asked General John Kelly, Secretary James Mattis, and Ambassador John Bolton to represent my Administration at his services.

Trump's first non-Twitter statement on McCain: "Despite our differences on policy and politics, I respect Senator John McCain’s service to our country and, in his honor, have signed a proclamation to fly the flag of the United States at half-staff until the day of his interment." pic.twitter.com/N3ewC1CeqP

Here’s Trump’s presidential proclamation decreeing that flags around Washington will be lowered to half-staff until McCain is lain to rest:

Earlier today, the White House faced significant outrage after they raised their flag to full-staff while the rest of the capitol still flew flags at half-staff in McCain’s honor. Reporters tried to ask Trump about McCain at multiple points, though he refused to answer any questions about the senator’s death