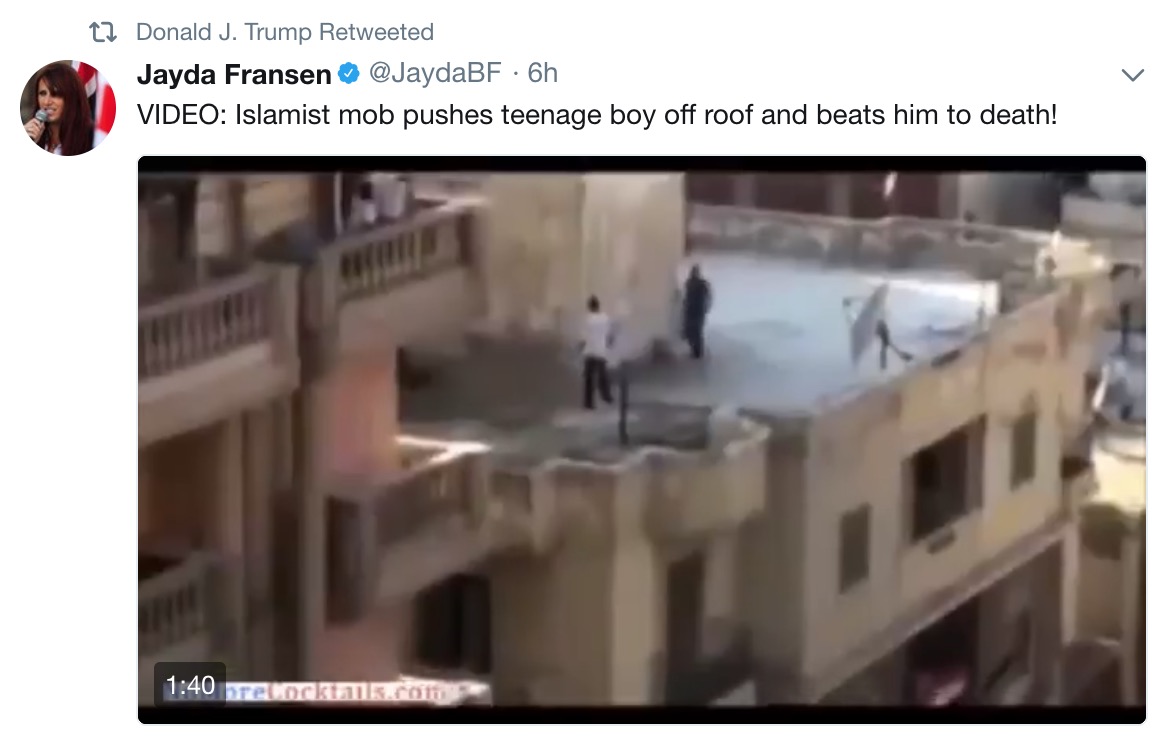 The White House has been facing a steady barrage of questions over President Donald Trump’s retweets of three graphic, anti-Muslim and wholly unverified videos this morning from a white nationalist U.K. party leader.

Press Secretary Sarah Huckabee Sanders replied to a grilling on the horrific videos by claiming that even if they are fake, that’s irrelevant, because “the threats are real” (presumably referring to threats posed by Muslims?)

And this afternoon, Bloomberg White House reporter Jennifer Jacobs reported that when she asked a deputy press secretary whether Trump thinks Muslims are a threat to the United States, he replied “The president has addressed these issues with the travel order”:

Q: Does Trump’s think Muslims are a threat to the US?

“The president has addressed these issues with the travel order,” deputy press sec Raj Shah tells press on AF1.

Yikes. As many on Twitter have already pointed out, that comment does a pretty good job of exposing the intentions behind Trump’s travel ban (namely: banning a particular religion from entering the U.S.), and will likely be used in court against it.

This Air Force One gaggle is going to be potentially problematic for the administration, which has long claimed in court that the travel ban had nothing to do w Muslims. pic.twitter.com/pjuGFthirA