Did Donald Trump Wreck His Entire Presidency Because He Watched ‘The Pelican Brief?’ 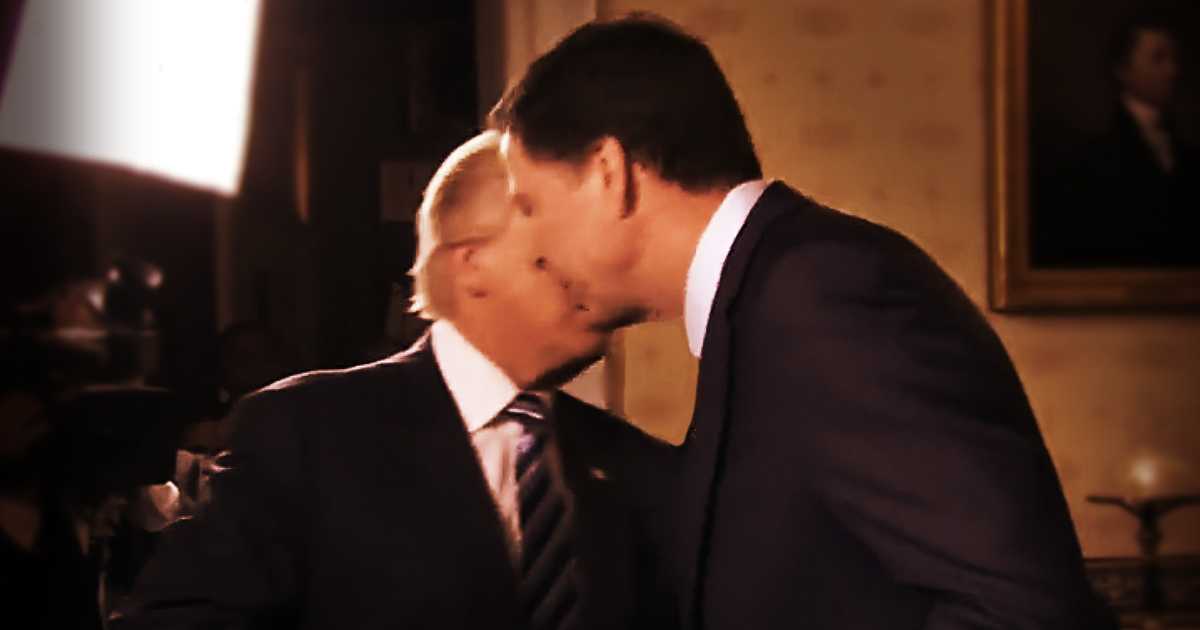 Theories abounded last week that Donald Trump got his false border horror stories from the newest Sicario film, but there’s another movie that may have influenced Trump in a more self-destructive way: The Pelican Brief.

Special Counsel Robert Mueller‘s Russia investigation has marred Trump’s tenure in office since its earliest days, and may even end it depending on how things go. But the first domino to fall in that series of events was Trump’s February 14, 2017 Oval Office meeting with then-FBI Director James Comey.

At that meeting, Comey says Trump asked him to end his investigation of former National Security Advisor Michael Flynn. “His words were ‘I hope you can let it go.’” Comey said, and would later testify that he took that entreaty as a “direction.” Trump’s attorney says Trump asked Comey “can you give [Flynn] a break?”

In May, Trump fired Comey, and went on television to tell the world that he did it because of the Russia investigation. A few days later, Comey leaked contemporaneous memos describing the Oval Office meeting, later testifying he did it “because I thought that might prompt the appointment of a special counsel.”

Mueller was appointed the very next day., and his investigation now includes potential obstruction of justice.

So, about The Pelican Brief, which is an absolutely terrible movie with a preposterous plot and the baffling poor sense to keep stars Julia Roberts and Denzel Washington from hooking up, even though their characters did in the book, for whatever reason.

There is one scene, early in the film, that is spookily similar to the Oval Office meeting that Comey described. In the film, Robert Culp plays a president who is identified in the credits as “President,” and is a weirdo who trains his dog to roll over during his executive time. In this scene, FBI Director Denton Voyles, played by Hill Street Blues alum James B. Sikking, pays President a visit in the Oval.

‘President’ immediately asked the director “How seriously are you taking this pelican thing?”

For purposes of this exercise, just think of the “pelican thing” as an FBI investigation, like the one into Flynn. You really don’t want to know what the actual pelican thing is. In fact, after watching this flick, I’m still not sure.

So, the director tells President that he’s got 14 agents assigned to it, and even though he doubts there’s anything to it, he’s got to check it out.

“I just wish that you’d back off the thing,” President says.

“Are you asking me to ignore a suspect, Mr. President?” Voyles asks.

President obliquely discusses how bad it would be for the press to get ahold of the pelican thing.

“So you’re asking me to back off?” Voyles asks.

“Back off and chase the real suspects,” President says.

Then, later in the film, President Chief of Staff Fletcher Coal, played by detestable Ghost villain Tony Goldwyn, warns President that “If [FBI Director] Voyles says you told him to back off investigating the the brief, we could be into an obstruction charge.”

Maybe Trump skipped that part, or just thought he was smarter than President, but this is pretty much what has happened with Trump, Flynn, and Comey.

Then, in the last act, the FBI director reveals that he has a tape of the conversation, which he will only play if President denies it. Comey, as far as we know, only has the memos, but it’s not outside the realm of possibility that Trump taped the meeting, as Trump himself hinted following Comey’s firing.

Unfortunately, the film leaves President’s fate up in the air. For the time being, so is Trump’s.

So is this a case of life imitating “art,” or did Trump nod off halfway through the film, or did he think he could outsmart President President? You decide.