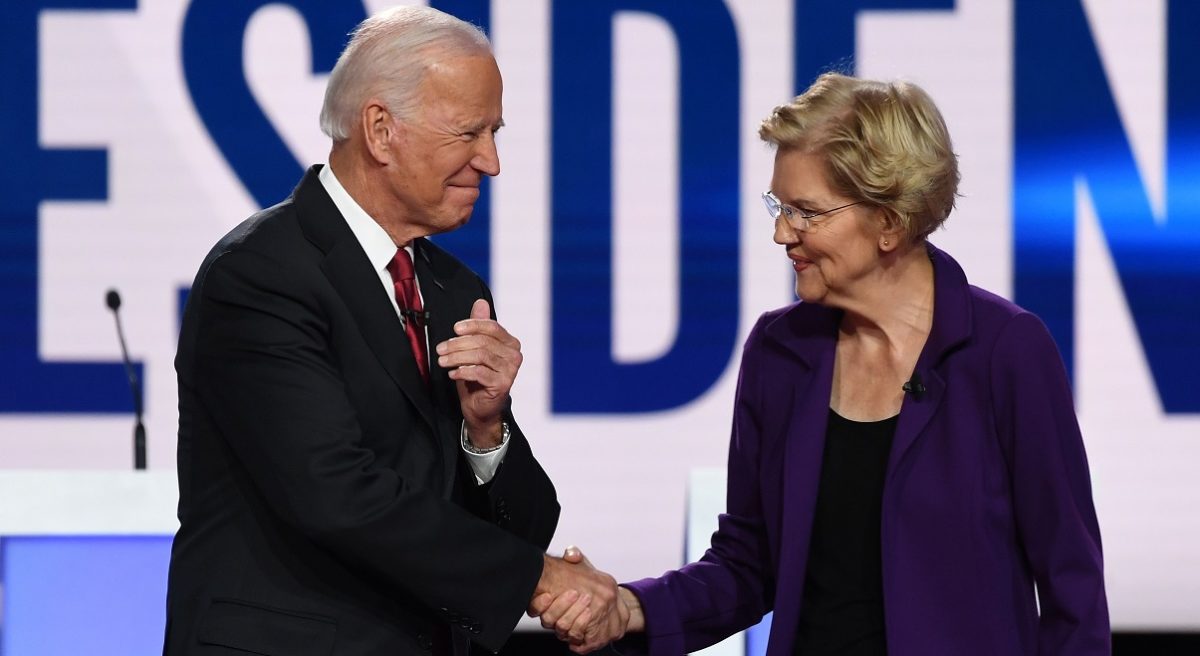 Massachusetts Senator and Democratic presidential candidate Elizabeth Warren is reportedly reassessing her campaign after a disappointing Super Tuesday, and if she decides to end her quest for the White House, she should consider endorsing former Vice President Joe Biden.

Whether you support Elizabeth Warren or not, she has a pile of traits that are undeniable: she’s super-smart, a talented orator, a persuasive campaigner, and most of all she persists. And her presidential campaign now carries with it the hopes and dreams of countless women and girls and the people who love them (or as Warren calls them, “men”) who want to see a woman not just win a presidential election — like Hillary Clinton did — but assume the office, only to watch a raft of stellar candidates face erasure of one sort or another.

So if Warren decides to stay in until the end, no one could blame her. At her rally in Detroit Tuesday night, she showed no signs of having read the memos leaving her for dead after a poor Super Tuesday showing that saw her land in third place in her home state of Massachusetts.

But if Senator Warren decides to end her campaign, she’ll face some difficult choices. Should she endorse Independent Vermont Senator Bernie Sanders, or give the nod to Biden, or just sit the whole thing out?

After the bitterness that erupted between Warren and Sanders-land after she called him out as a liar on national television, it’s an open question whether she’d even be inclined to make such an endorsement, and equally unclear what effect that would have. A Sanders endorsement could be a completely futile gesture that would wind up not even helping.

And if it did help, would it be enough to overcome the surge of momentum that Biden now has in a clear field, and likely with the backing of billionaire former candidate Mike Bloomberg? Warren would be throwing away her clout for a revolution that she, herself, has pointed out is a dead end.

She could stay out, which Sanders supporters would definitely see as a knife in the back anyway, but she hasn’t banked enough delegates to use as leverage at a contested convention, and the way Biden is rolling, there might not be one anyway.

But endorsing Joe Biden would give her a chance to shape the next presidency with her own progressive priorities, and flex the talents she brought to bear in forming the Consumer Financial Protection Bureau. She could campaign for inclusion of her plans in Biden’s platform — like an achievable health care plan that doesn’t leave anyone out — and probably have the pick of half a dozen cabinet positions. Or they could create a new one for her, a Czar-at-Large who could reform agencies and tackle problems as they arise.

The point is, Elizabeth Warren is a pragmatic and superior progressive alternative to Bernie Sanders whose influence shouldn’t be thrown away on a lost cause that doesn’t want her anyway. And Joe Biden would benefit from a strong progressive gravitational field within his campaign, and his administration. So would America.