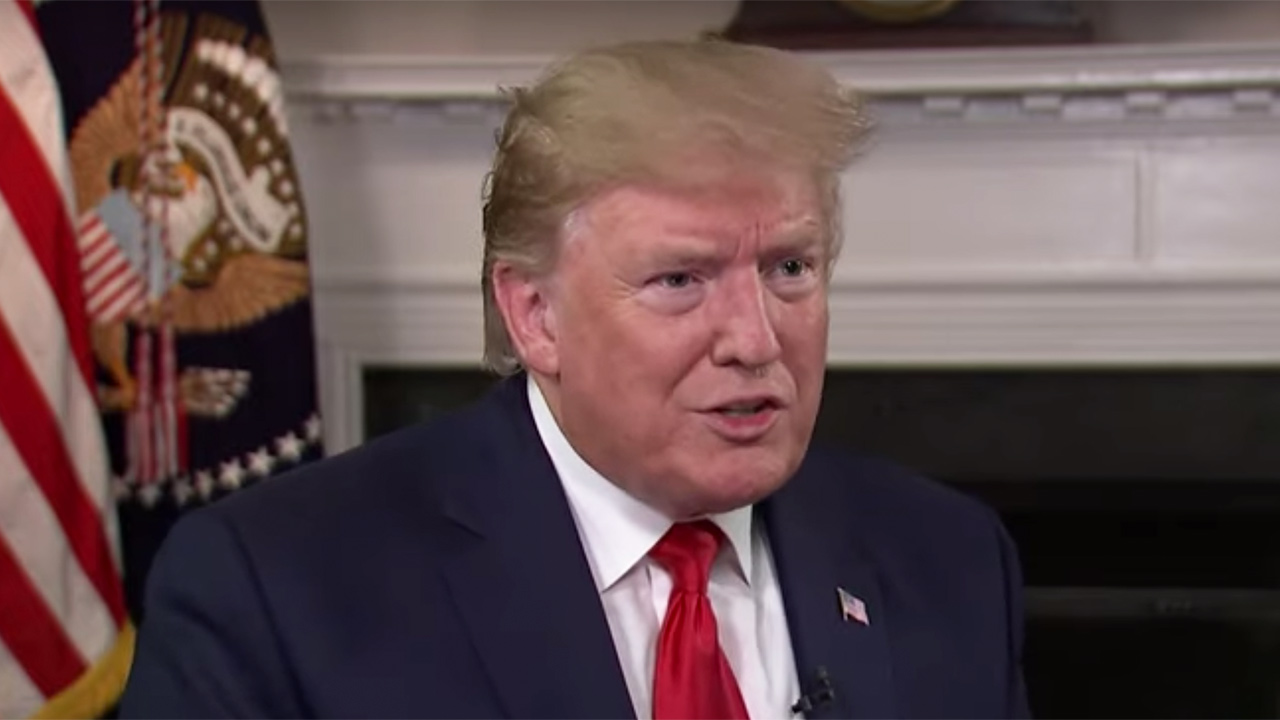 Anyone who watches the real-life television crime shows knows that when a person accused of misconduct significantly changes their story, it almost never ends well for them. In fact, having multiple, incompatible, explanations for events which appear to implicate you is pretty much the easiest way to transform a mere suspect into someone who is soon posing for a mugshot.

When it comes to President Donald Trump and the impeachment inquiry into his pressuring of—possibly multiple—foreign countries to create bogus investigations into Joe Biden and his son, the reaction of Trump and his sycophants have set a new political standard in this realm. They have provided so many fundamentally irreconcilable narratives to try to find an effective escape hatch from this scandal that they have now literally shifted into comedy.

By my count (I am sure that you could find a couple more if you looked hard enough) there are at least eight separate lines of defense being used on behalf of Trump. Here they are in somewhat chronological order:

1) The phone call with the Ukrainian president was “perfect,” and this is all just ‘Fake News!”

2) The call might not have been “perfect,” but there was no “quid pro quo” and therefore no real crime committed (even though that is not the legal standard).

3) Trump had an obligation to make this kind of a deal (so there WAS a “quid pro quo”?!) in order to fight Ukrainian “corruption,” even though he seems remarkably uninterested in cracking down on rampant unethical behavior in his own White House.

4) Contrary to what you might have read in our Constitution, or heard during the Russia investigation, there is absolutely nothing wrong with seeking foreign assistance, while using our military aid as leverage, to manufacture dirt on your most formidable political opponent.

5) Trump is just earnestly trying to figure out who REALLY meddled in the 2016 election because he just knows that it couldn’t have been Russia, with whom he totally didn’t “collude.”

6) This is all just another “coup” attempt led by the “Deep State” conspiracy in conjunction with Democrats. After all, Rep. Adam Schiff had contact with the whistleblower who is apparently a registered Democrat! (Although now there are at least two whistleblowers, and the second one had “first-hand” knowledge of at least some of these shenanigans.)

7) Trump didn’t even want to make this really meaningless phone call over which everyone is making way too big a fuss. In fact, Rick Perry (who just happens to be resigning soon) was the one who forced him to do it.

8) It was all just a joke, especially that part where Trump asked China to also find some dirt on the Bidens (even though, outrageously, the administration won’t even make it clear that such an investigation won’t be part of the ongoing tariff negotiations with China). I mean come on, how could you people be so dumb as to take the president of the United States seriously when he is talking on the front lawn of the White House?! Man, did you media morons get owned!

Now, by traditional means of evaluation, this maze of chaotic contradiction would be an indication of a message machine that was in disarray, and that Trump’s ship was clearly taking on water at an alarming rate. After all, the American people are smart enough (they still are, aren’t they?!) to see right through such a charade and will conclude that Trump is clearly guilty of impeachable offenses.

However, while about 50%, or more, of the public will likely indeed “get” this, they are not even the target of the Trump team’s flailing arguments. This effort, as has Trump’s entire presidency, is not focused on appealing to the majority of Americans, but rather to the 35% or so who already strongly support the president.

I have often referred to this group as “Cult 45,” and as long as they stay on board, the ship will never actually sink (at least not until next November), no matter how gaping the holes are in the side of the vessel become. Whether by masterful design, dumb luck, or a little bit of both, this scattershot technique is likely to work very well when it comes to giving “Cult 45” what it needs.

You see this is a cult which, quite hilariously, likes to think of themselves as basing their opinions on facts and logic, as opposed to purely emotional investment and an unwillingness to admit that they were duped by a conman. So even though they have already come to the conclusion of any controversy before it ever really even begins (Trump did nothing wrong!) they really like to have something on which they can hang their red MAGA hat when it comes to explaining why they knew all along that their hero did nothing wrong.

In short, this cult likes options. Think of this strategy like Trump providing a large buffet of different flavors of bullcrap from which they can choose.

You just never know what kind of mood any particular cult member might be in on a given day, so there is no need to put all your eggs in one basket. Cult members will eagerly devour the one or two explanations they like best, and simply disregard the rest.

So, yes, Trump’s defense here is indeed crazy, but when you are trying only to appeal to people who are largely nuts, this actually makes perfect sense.