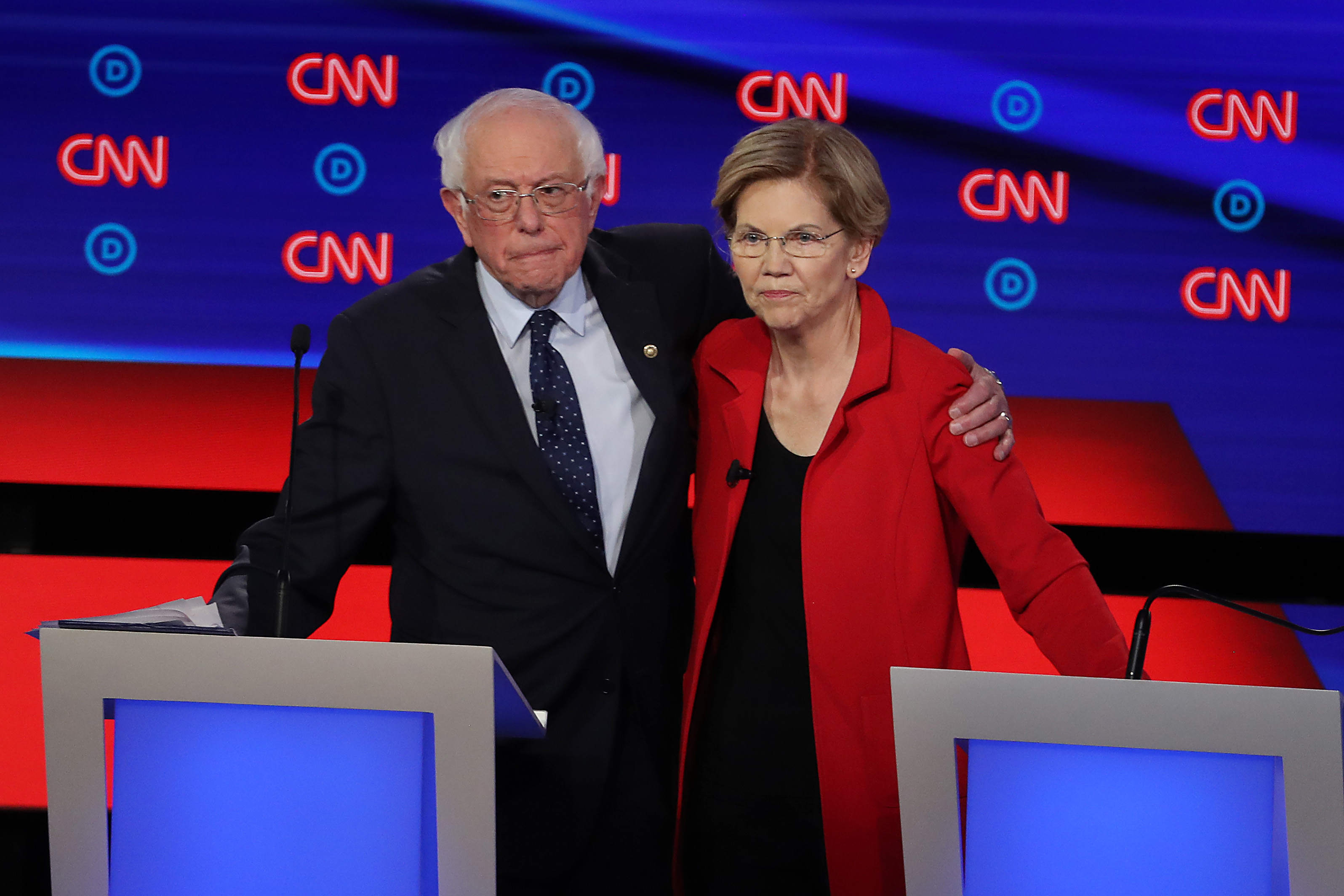 The poll found the two more progressive candidates for president up at 20%, and Biden down at 19%. Compared to Monmouth’s June poll, support for Sanders has raised 14% and support for Warren has raised from 15%. Support for Biden is down double-digits, from 32%.

No drastic changes stick out in the results for the rest of the candidates. Sen. Kamala Harris has the same support she had in June, trailing at around 8%,

“Liberal voters are starting to cast about for a candidate they can identify with. Moderate voters, who have been paying less attention, seem to be expressing doubts about Biden. But they are swinging more toward one of the left-leaning contenders with high name recognition rather than toward a lesser known candidate who might be more in line with them politically,” said Patrick Murray, Monmouth Polling Institute director.

Warren fares best in favorable-unfavorable comparisons. 65% of Democrats currently see her in a favorable light as opposed to 13% who see her unfavorably. Biden has a 66% favorability and a 25% un-favorability. Sanders is 64% favorable and 25% unfavorable.