Obama ‘Would Speak Up to Stop’ Bernie Sanders if He Were Getting the Nomination, Politico Reports 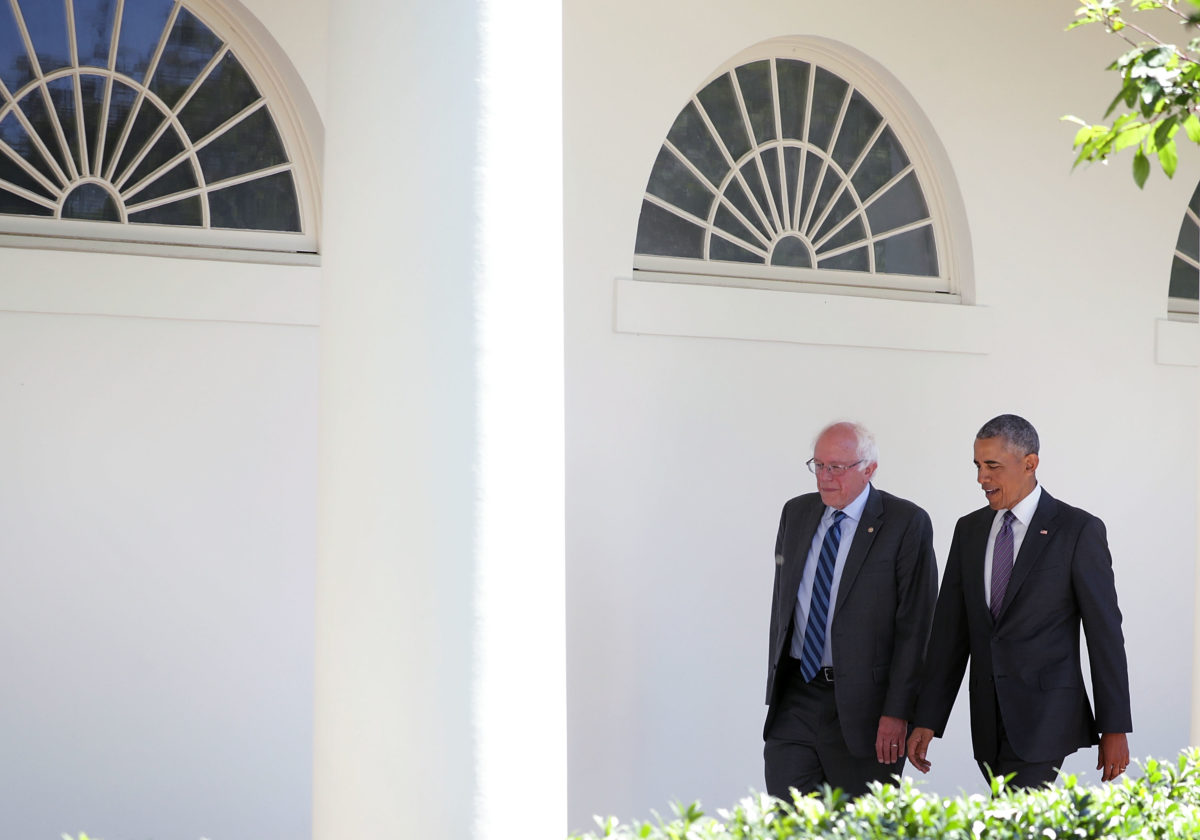 CNN analyst and Politico’s Chief Washington Correspondent Ryan Lizza claimed in an article, Tuesday, that former President Barack Obama had privately said he “would speak up to stop” 2020 Democratic presidential candidate Sen. Bernie Sanders (D-VT) if he “were running away with the nomination.”

“Publicly, he has been clear that he won’t intervene in the primary for or against a candidate, unless he believed there was some egregious attack,” reported Lizza in the article for Politico. “Instead, he sees his role as providing guardrails to keep the process from getting too ugly and to unite the party when the nominee is clear.”

“There is one potential exception: Back when Sanders seemed like more of a threat than he does now, Obama said privately that if Bernie were running away with the nomination, Obama would speak up to stop him,” Lizza continued, adding, however, that “a spokesperson for Obama pointed out that Obama recently said he would support and campaign for whoever the Democratic nominee is.”

In the article, Lizza also quotes a “close family friend,” who claimed Obama’s “politics are not strong left of center.”

“I mean it’s left, but he’s nowhere near where some of the candidates are currently sitting, at least when he got himself elected,” they proclaimed.