Matt Gaetz's Request for a Meeting With Trump Is Rejected 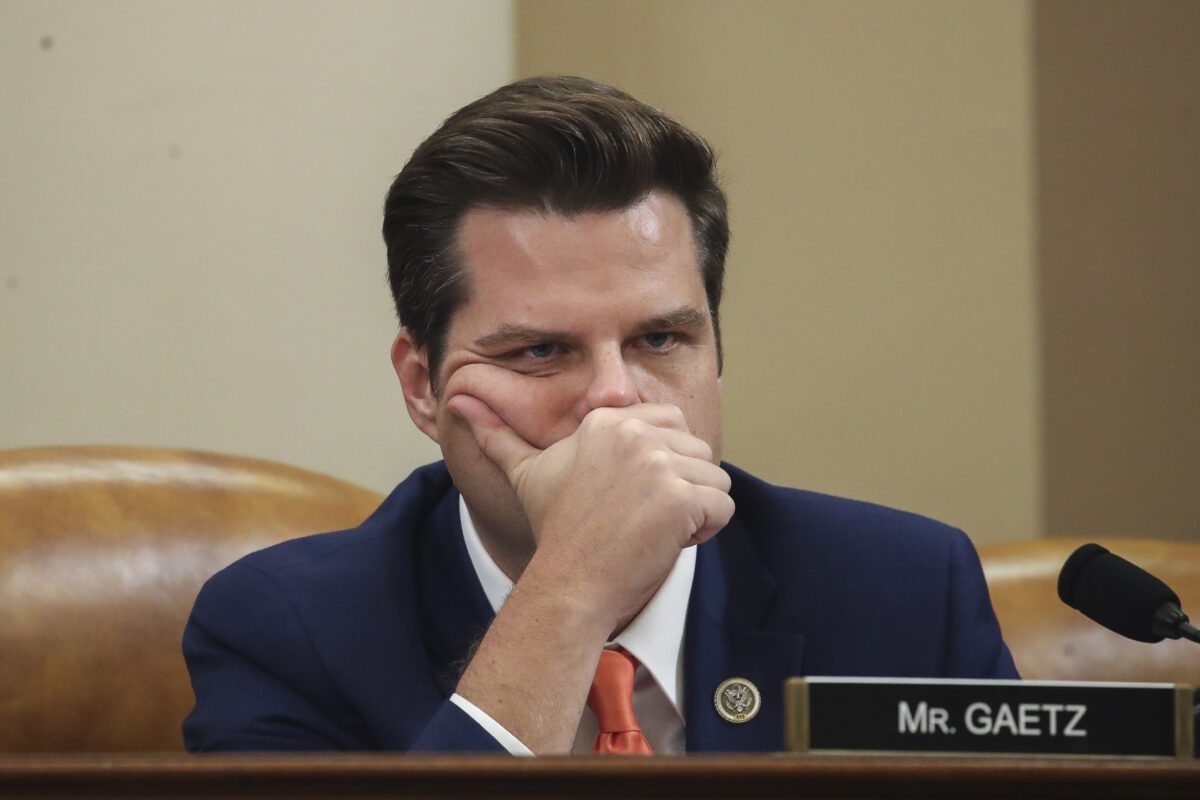 Rep. Matt Gaetz (R-FL) was proudly defiant when he addressed a “Women for America First” event at Trump National Doral on Friday, shrugging off the sex trafficking scandal that threatens to end his political career and personally thanking former President Donald Trump and “MAGA Nation” for their support.

But Trump’s support seems to have some harsh limits. According to a new report by CNN, Gaetz attempted to schedule a meeting with Trump while he was down in South Florida, “but the request was rejected by aides close to the former President, who have urged Trump not to stick his neck out to defend Gaetz.”

Throughout his time in Congress, Gaetz has been one of Trump’s most ardent defenders, frequently making appearances on Fox News and conservative radio programs to tout his support for Trump, and not just voting against impeaching the former President both times, but even offering earlier this year to resign from Congress to join Trump’s impeachment defense team.

Now Gaetz is fending off calls to resign from his own colleagues — including at least one Republican, Rep. Adam Kinzinger (R-IL).

Gaetz has repeatedly denied the allegations against him and has not yet been charged with any crime. Joel Greenberg, the former Seminole County Tax Collector at the center of this scandal, has been indicted on 33 federal charges and is reportedly on the verge of making a plea deal with prosecutors.

Update 4/11/2021 9:25 pm ET: Trump advisor Jason Miller tweeted that the CNN article was “complete fake news,” and that they were “demanding a full retraction.”

No such scheduling or meeting request was ever made, and therefore, it could never have been declined.

We are demanding a full retraction. #FakeNews https://t.co/lhlChvilhF

Update 4/11/2021 9:30 pm ET: Gaetz himself tweeted about the article, calling it a “total lie,” claiming “[n]o such meeting was denied or sought,” and he was on a vacation with his fiancée after being “welcomed” at Trump Doral days ago.

This is a total lie.

I am on a pre-planned vacation with my fiancée. I was welcomed at Trump Doral days ago.

No such meeting was denied nor sought.

When can we expect a retraction? https://t.co/6oaW7JlXUt