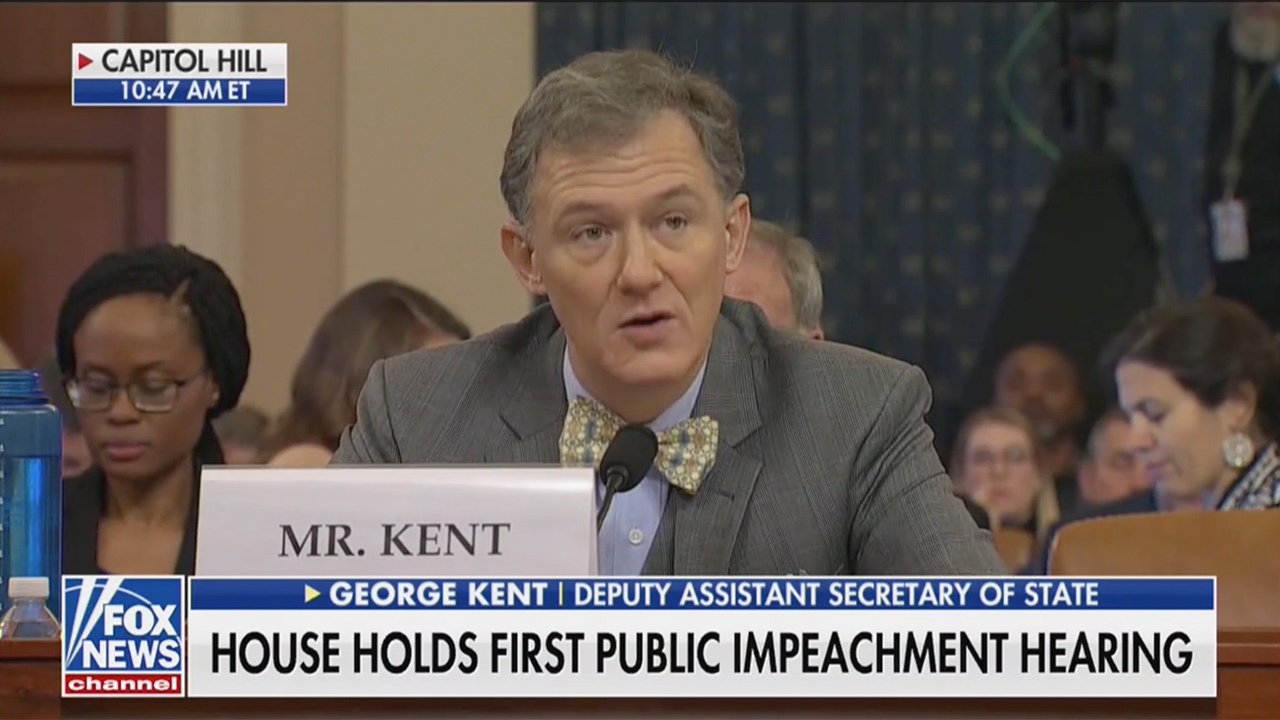 Day 1 of the impeachment hearings captured the nation’s attention — and blanket coverage across the big three broadcast and cable news networks resulted in a massive daytime audience.

Fox News nearly pulled off the clean sweep of beating not only its cable news rivals in both categories, but the broadcast networks as well. The network posted 2.898 million total viewers and 444,000 in the key demo. That former total was tops among all outlets televising the hearing, with the demo number trailing only ABC — which led that category with 496,000.

MSNBC — which made one of the cable news bookings of the year by landing George Conway to participate in its coverage — saw that big get pay off in the total viewers metric, posting 2.686 million overall. That number exceeded all three broadcast networks, and trailed only Fox among cablers.

CNN scored as well on Wednesday, posting a solid second in the demo among the cable networks, with 427,000 in the 25-54 bracket. Overall, the network was watched by 1.844 million during the day on Wednesday — outpacing CBS, and trailing NBC and ABC only marginally.