Trump Lashes Out at Fox News in Interview: ‘I Don’t Like What They’re Doing,’ They Have ‘Horrible, Vicious’ People 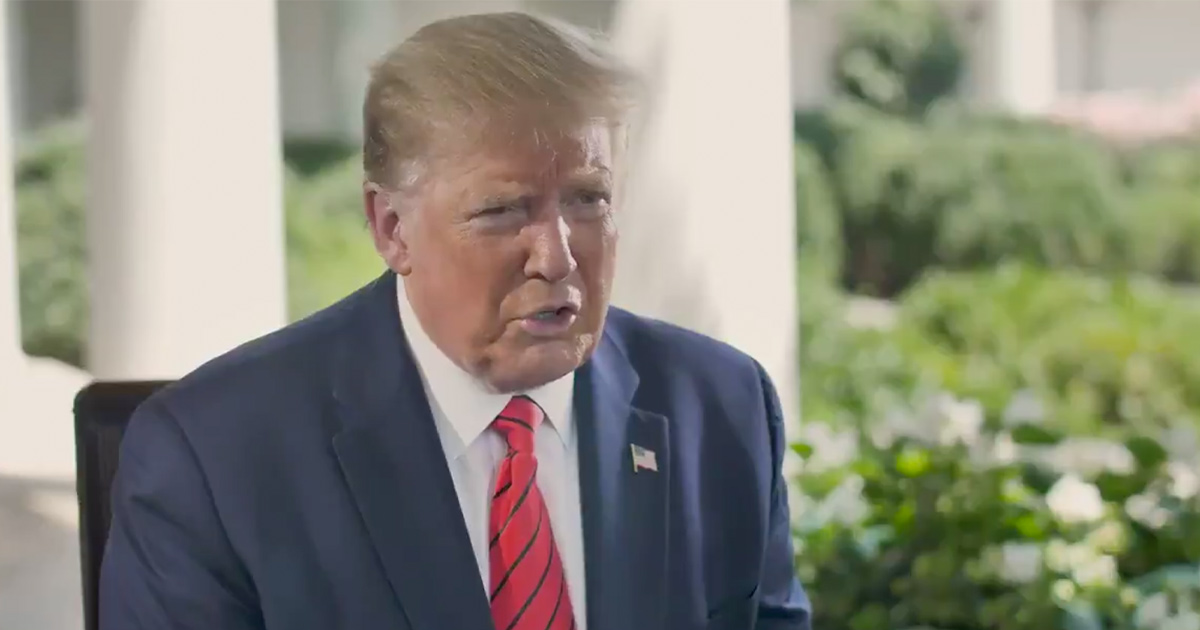 President Donald Trump has, on several occasions, complained about Fox News. Just last night he publicly grumbled about network coverage over a throwaway line by correspondent Doug McKelway about the border wall.

In his interview with CBN’s David Brody Monday, the president continued going after Fox and accused the network of trying to be too “politically correct.”

JUST RELEASED: @realDonaldTrump lowers the boom on Fox News: tells me, “I’m not happy with Fox at all…My base hates what Fox News is doing…Fox News wants to be politically correct all of a sudden…Roger Ailes would never have let this happen.” Watch here! @POTUS @WhiteHouse pic.twitter.com/0XMVCL1dZo

“I don’t like what they’re doing at Fox News,” Trump said. “They have people on that network that are horrible, vicious. You have people that work for Schumer, you have people who are unbelievably against us and viciously and they spew lies… I’m not happy with Fox.”

He touted the strength of his base and claimed that they too “hate what Fox News is doing.”

The president accused Fox News of wanting to be “politically correct all of a sudden” and even invoked the late chairman and CEO of the network to say “Roger Ailes would’ve never let this happen.”

He specifically accused Fox News of “hit job” coverage on him during the weekend in daytime. Last year on two separate occasions he lashed out at Fox weekend anchors to complain about their coverage:

Were @FoxNews weekend anchors, @ArthelNeville and @LelandVittert, trained by CNN prior to their ratings collapse? In any event, that’s where they should be working, along with their lowest rated anchor, Shepard Smith!

…..Comcast (NBC/MSNBC) Trump haters, who do whatever Brian & Steve tell them to do. Like CNN, NBC is also way down in the ratings. But @FoxNews, who failed in getting the very BORING Dem debates, is now loading up with Democrats & even using Fake unsourced @nytimes as….

Some Fox Newsers have pushed back on Trump in responding to criticism of their colleagues, most recently Bret Baier after the aforementioned scolding of McKelway yesterday:

Thanks for watching, Mr President —we accurately report the building of the border wall & will cover you in AZ. Doug was simply pointing out that a comprehensive solution on immigration (including the Dreamers) has been elusive. https://t.co/6rod4D93UF

Fox News has gotten some record ratings numbers in the Trump era — the Trump Tulsa rally this past weekend gave them record Saturday ratings — but the network rung in 2020 celebrating 18 consecutive years as the most-watched cable news network, so it’s not as if the network was failing or anything before his presidency.