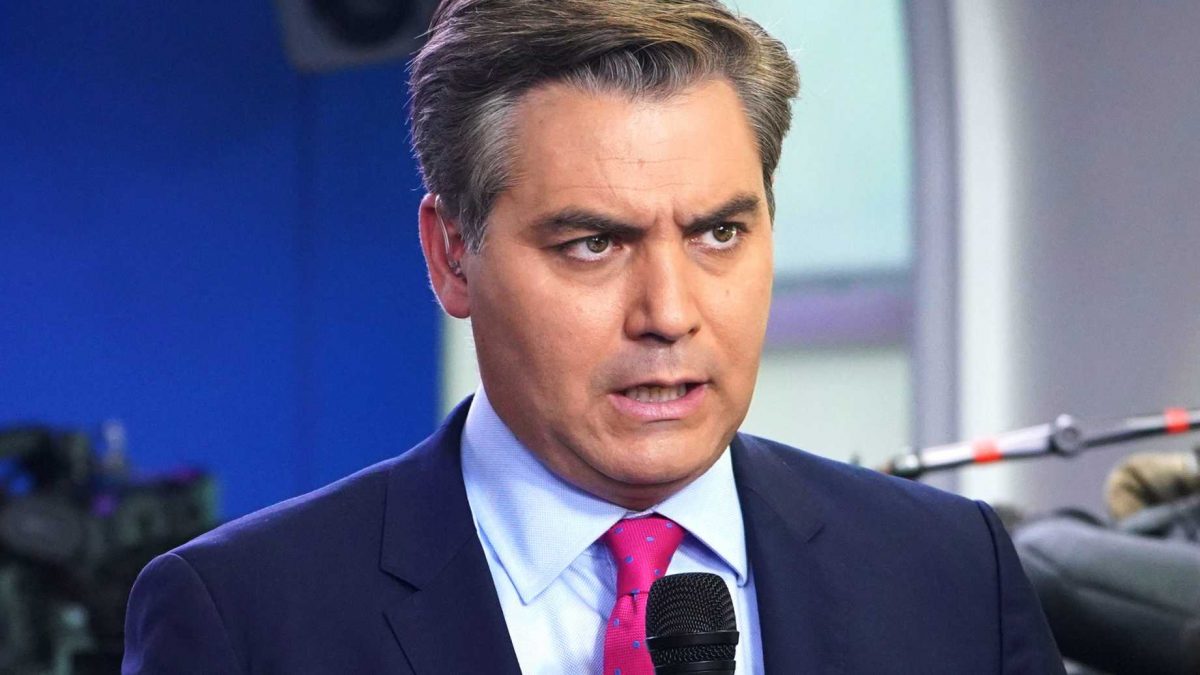 Yesterday, the White House suspended the press credentials of CNN’s Jim Acosta after he had a confrontation with President Donald Trump during what was likely the most ridiculous press conference in presidential history. The revocation of his credentials was allegedly based on a false allegation that Acosta inappropriately touched the White House intern who trying to take back the microphone the reporter was using.

Let’s be very clear about what really happened here. Trump called on Acosta because he wanted to provoke a fight with someone his base loathes, and he knew that the grandstanding Acosta would be happy to play his role in this mutually-contrived confrontation because it would be good for his brand.

As Shakespeare famously wrote, “All the world is a stage, and all the men and women are merely players.”

Everyone involved got pretty much exactly what they wanted. I would even be willing to wager that the attention-hungry Acosta, while annoyed that he can’t currently get access to the White House, is actually loving most of what has transpired here.

However, none of that makes what happened to him remotely right. In fact, it is both very unjust and an extreme threat to the concept of freedom of the press.

The president of the United States should not have the ability to remove someone from the White House press corps simply they don’t like their reporting, or they want to throw some red meat at their “Cult 45” followers disappointed about losing a midterm election. They especially shouldn’t be allowed to blatantly lie in order to justify that cynical maneuver. And make no mistake, that’s exactly what they did here.

Rightly, most of the media world has rallied to Acosta’s side and condemned what the White House did (of course, it is highly unlikely that any of them would be courageous enough to do something dramatic like deny coverage until the issue is resolved). However, there has been a notable hesitancy among conservative media figures — and especially among their audiences — to be seen as joining Acosta’s crusade.

Much of that is because of fear of being seen as supporting a sworn enemy of Donald Trump. In the world of “Cult 45,” there is simply no more egregious sin, regardless of the circumstances. As pathetic as it is, even the formerly respectable Chris Wallace of Fox News has found the idea of being forced to seemingly back Acosta (the “Cult 45” audience is far too ignorant to understand that standing for principles sometimes means defending the rights of the unpopular) to his pro-Trump viewers as too steep a hill to climb.

With all of that said, there is another important and undiscussed aspect of why the calls by journalists to rally around Acosta will general fall on deaf ears when it comes to conservatives. In short, the real reason media members can’t get conservatives to buy into the idea that it is their sacred duty to hold the president accountable with tough questioning is that they completely abdicated that responsibility for nine straight years while covering Barack Obama.

While many liberals may not see it this way, in the conservative universe it is an absolute article of faith that the media gave an unprecedented pass to Obama from the moment he caught fire in early 2008 until he left office at the start of 2017. In my view, having made a high-profile documentary film about his election called Media Malpractice, this is one conservative tenant which is actually based solidly in fact.

To conservatives, the mainstream media’s grizzly bear went into a nine-year hibernation on Obama (while totally destroying Sarah Palin and tearing down their former favorites John McCain and Mitt Romney), only to suddenly awake with a vengeance the moment that Trump was elected. Ironically, this is a large part of why Trump’s BS “Fake News!” canard has so resonated with his base of support (and source of personal regret on my part for unwittingly having contributed to laying the groundwork for this even a little bit).

When you combine this amazing “coincidence” with the fact that same media seemed to think Trump was just awesome during the 2016 primaries (when touting him served their self-interest), it is not difficult to understand why conservatives are extremely skeptical of a media which is trying to claim that they are just fulfilling a constitutional duty which should not be curtailed.

If the press really wanted to have the public view the media’s mission of telling truth to power as something sacred and worthy of being defended at all costs, then they should have thought about that before they sold away all their credibility while pursuing their own political and economic agendas.

In the minds of conservatives, the media simply doesn’t get to have it both ways. They chose a path of strategic activism and, once they whored themselves out, they can no longer try to claim virginity when it suddenly serves their purposes.

Unless someone invents a time machine and is able to go back to about 1992 (getting Ross Perot out that presidential race would be helpful), there is no way to fix this problem now. However, if someone in the mainstream media would at least finally acknowledge this reality, it might at least help.