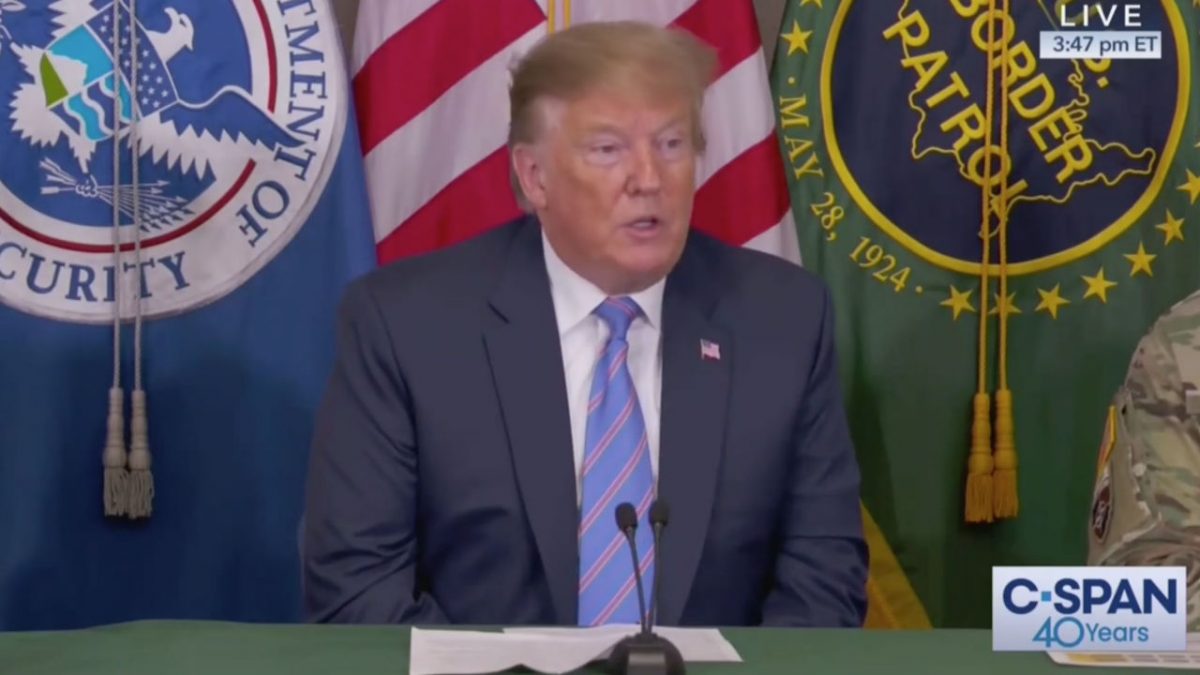 President Donald Trump capped off his Friday afternoon by tweeting a video of Rep. Ilhan Omar‘s 9/11 remarks mixed in with images of the national tragedy.

He added in all-caps: “WE WILL NEVER FORGET!”

During a March event for the Council on American-Islamic Relations (CAIR), a Muslim civil rights organization, Omar said this:

“Far too long we have lived with the discomfort of being a second-class citizen, and frankly, I’m tired of it, and every single Muslim in this country should be tired of it…CAIR was founded after 9/11 because they recognized that some people did something and that all of us were starting to lose access to our civil liberties.”

The video of the speech was shared on YouTube this week, sparking conservative ire.

In the snippet shared by Trump, Omar is heard saying from the speech “CAIR was founded after 9/11 because they recognized that some people did something.” before images of the World Trade Center after the attack appears.

“Some people did something,” is then repeated in Omar’s voice before images of smoke pouring off the Pentagon shows on the screen.