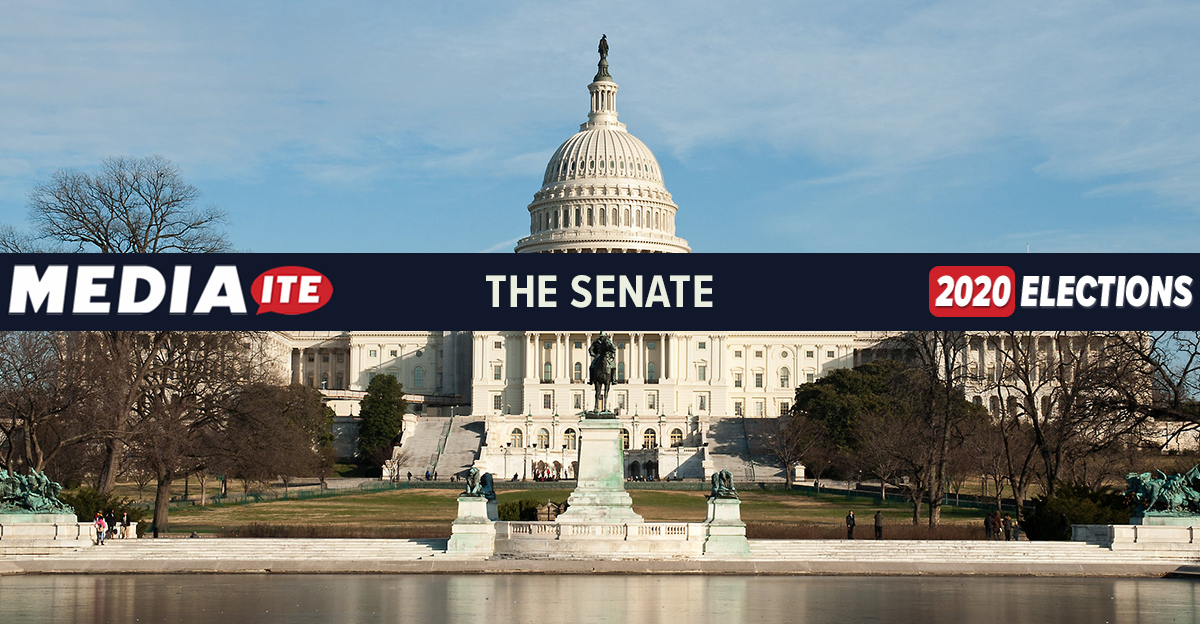 Control of the U.S. Senate hung in the balance tonight, with Republicans maintaining their narrow hold on power so far. That prediction is obviously subject to change as results continue to come in throughout the evening (and possibly coming days), but Republican successes in several key races are making the Grand Old Party’s fortunes look a little brighter for now.

Democrats are projected to expand their majority in the House, meaning that Congress seems likely to remain under split control.

The 100 Senate seats, with two Senators from each of the 50 states, are divided into three groups spaced two years apart to run for six-year terms. Thirty-five seats were on the ballot this year: the thirty-three Senate seats that are regularly on the schedule for 2020, plus two special elections in Arizona and Georgia. Republicans are defending 23 seats, and Democrats are defending 12.

In their final analysis on the morning of Election Day, FiveThirtyEight said Democrats had a 3-in-4 chance of flipping the Senate. To regain control, Democrats needed to gain three or four seats, depending on which party wins the presidency and therefore vice president — the tiebreaker vote in Senate.

Sen. Majority Leader Mitch McConnell (R-KY) defended his seat with a roughly twenty-point margin over Democratic challenger Amy McGrath. Assuming his party maintains their majority, McConnell will also keep his position as the head of the Senate.

Incumbent Sen. Bill Cassidy (R-LA) is also heavily favored to hold on to his seats, although that race has not yet been officially called.

Alabama was another predictable result, flipping back to red, with former Auburn football coach Tommy Tuberville (R) beating Sen. Doug Jones (D) by a comfortable margin. Jones was first elected in a 2017 special election, a rare win for a Democrat in a solidly red state, due in no small part to the scandals plaguing Judge Roy Moore, the Republican nominee. With no such baggage dragging Tuberville down, he sailed to an easy victory.

Sen. Lindsey Graham (R-SC) survived a high-profile challenge from Jaime Harrison (D), the former chairman of the South Carolina Democratic Party. Harrison attracted an unprecedented level of fundraising support from liberals around the country, but in the end Graham won with a comfortable margin.

In the special election in Georgia, incumbent Sen. Kelly Loeffler (R), who was appointed to the seat after Sen. Johnny Isakson (R) resigned for health reasons, will face off against pastor Raphael Warnock (D) in a runoff to be held on Jan. 5, 2021.

Among other competitive races, Sen. John Cornyn (R-TX) held on to his seat against his toughest challenge in years from Democrat MJ Hegar, an Air Force veteran, and Sen. Joni Ernst (R-IA) fended off Theresa Greenfield (D), but in Colorado, Sen. Cory Gardner (R-CO) lost his seat to former Gov. John Hickenlooper (D-CO).

With Alabama flipping back red and Republican incumbents losing only one of their number so far, the Republican majority seems likely to narrow but survive the 2020 election.

This post has been updated as additional races have been called.