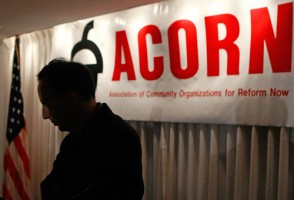 Someone tweeted the link to this AP story this morning (I don’t remember who), and wondered if Fox News would be reporting this. The headline is “Police: ACORN worker in video reported couple.”

With a hed like that, I wouldn’t expect Fox News to report that story, but if they actually read the story, I’m thinking they would. As a defense of ACORN, this story is a miserable failure. Here’s the meat:

National City police said Monday that Juan Carlos Vera contacted his cousin, a police detective, to get advice on what to with information on possible human smuggling.

So, he didn’t actually “contact authorities” as much as he called up his cousin for advice. And, he waited 2 days to do it. Not exactly a slate-wiper.

No, the real defense of ACORN is that this story isn’t what the right is saying it is, and that its trajectory is a dangerous one for anyone the right doesn’t like.

ACORN isn’t perfect, that much is clear, and they’ve done a poor job of fending off this attack. However, the willingness of the media, and the US Senate, to accept the findings of a partisan activist and his sponsor is truly frightening. That willingness, according to a just-released study, extends back as far as the eye can see on the ACORN story.

Rachel Sklar posted a good summary of that report yesterday, which brings into stark relief that which most reasonable people who followed the 2008 campaign already know: coverage of the ACORN story has been uniformly unfair. This report just gives us the numbers to prove it.

The shame of the current iteration of the ACORN smear is that the media, and the US Senate, have allowed ACORN’s enemies to be both prosecutor and judge, letting James O’Keefe and Andrew Breitbart decide which evidence can be seen, and how to interpret it.

Sure, O’Keefe’s tapes are damning, but he and Breitbart have refused to answer legitimate questions about O’Keefe’s “investigation.” While ACORN has been defensive and evasive, O’Keefe and Breitbart have been given a pass for stonewalling, and even for apparent lying. They went on record as saying that O’Keefe wasn’t turned away at any ACORN offices, a claim contradicted by police. While Breitbart is happy to comment on self-serving aspects of this story, he refused to respond to questions raised about O’Keefe’s selective editing of transcripts, or O’Keefe’s funding.

The point is, O’Keefe’s reporting, as it has been presented, wouldn’t have gotten past any news editor in the country. Breitbart is well aware of this. He told me in a phone interview that his “strategy” of tightly controlling information about O’Keefe’s investigation, and rolling them out on a careful timetable, was specifically designed to force the mainstream media to cover this story. In his view, he’s getting around some kind of bias. In mine, he’s circumnavigating the editorial process, and doing it beautifully.

What’s more incredible is the contrast between the media’s response to O’Keefe’s tightly-controlled, factually light videos, and the work of Michael Moore, an activist filmmaker who is much more transparent about his methods.

Even more disturbing than that is the contrast between the Senate’s response to the decades-old health care crisis, versus the days-old ACORN crisis.

The problems at ACORN may, indeed, run deep, but we’ll probably never know, since they’ve been prematurely convicted in the public eye. What we do know is that the Democrats in the Senate and the mainstream media have set a course for our country to be led around by the nose by the likes of James O’Keefe. I guess the pimp costume really worked on them.