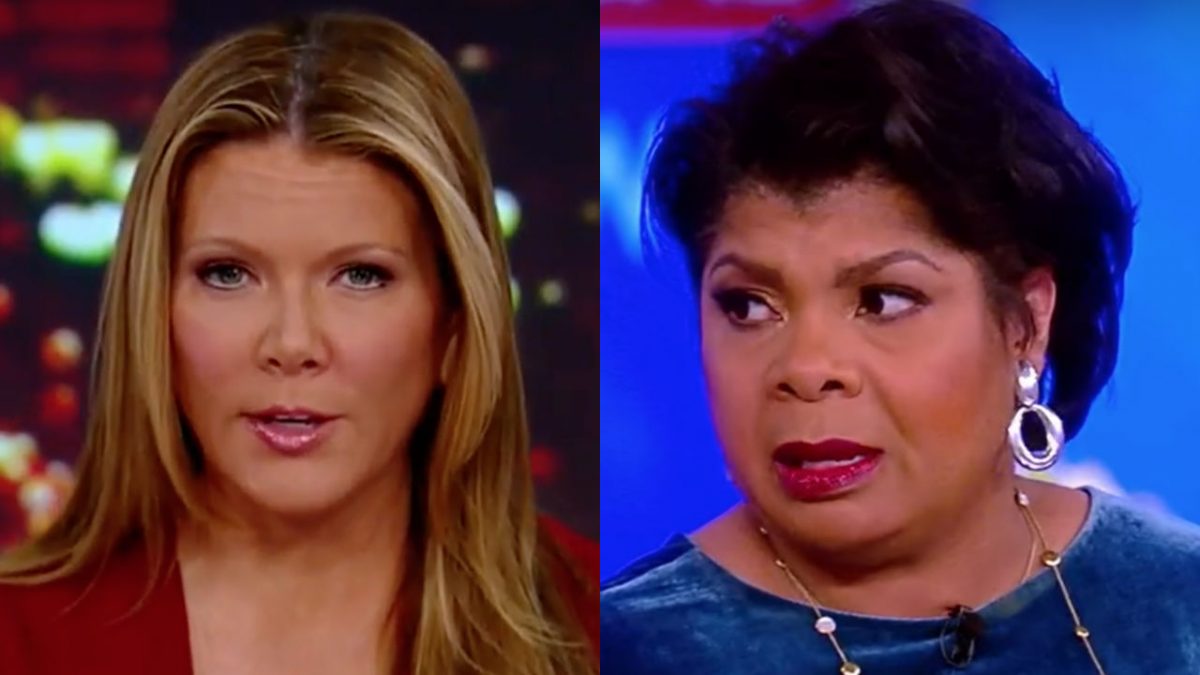 Ryan tried asking Trump a question at his Wednesday press conference, but Trump told her repeatedly to “sit down” and scolded her for “rudely interrupting.”

On The View yesterday, Ryan talked about her clashes with the Trump White House and said, “I don’t back down. I’m not afraid. And it doesn’t help that I’m a woman. It doesn’t help that I’m from a smaller news network, American Urban Radio Networks. And that I’m a black woman who is not perceived to be part of their base. So they use me as an example to show ‘this is what can happen to you.'”

No, #AprilRyan. @POTUS did not tell you to "sit down" because of your race and gender. He's an EQUAL opportunist when it comes to putting out-of-line journalists in their place. #TrishRegan #TrishIntel pic.twitter.com/mOQHKwyj13

She called Trump an equal opportunist when it comes to “out-of-line so-called journalists.”

“These reporters do not know how to conduct themselves with any kind of decorum. It is the White House. There is a protocol,” Regan added. “And part of that means not talking out of turn, not yelling across the room. I mean, it’s not that hard.”

Ryan fired back today with some choice words for Regan’s commentary, particularly after Trump went after her again today, along with his attacks on Abby Phillip and Yamiche Alcindor.

Thanks 4 your analysis but b4 u talk about me, know the history of my relationship w/@realDonaldTrump & this White House & then You can say what you think. Black & woman is what I stand by & most importantly the issues affecting Black Americans is the reason for his disdain 4 me. https://t.co/GibGv2TeWN

Umm now what did you say previously? Can you say @Yamiche @abbydphillip and @AprilDRyan? Redo your story! https://t.co/GibGv2TeWN

@Acosta is of Cuban Descent. Get your facts right https://t.co/GibGv2TeWN

Regan responded and accused her of trying to twist the narrative:

& @PeterAlexander ? saying @POTUS doesn’t like U bc ur a black woman not right. 4 better or worse, white male reporters experienced same

Girl bye! What you reported was "FAKE NEWS"

Again. I have had enough with your bias lies on me. You have not clue. Bye. You are now blocked. And I just found out who you were today. blocking your hate now.