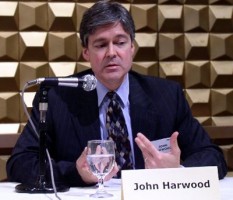 For all of the hoopla about Fox News’s partisan bias, what about the rest of cableland? Writing in The New York Times, CNBC correspondent John Harwood makes the point that essentially all cable news networks that aren’t Fox have viewerships that tilt substantially to the left, which is very different from how it was eight and even four years ago. It’s not just MSNBC: even the likes of HLN, CNBC, and Comedy Central have big Democratic leans.

From his article, titled “If Fox Is Partisan, It Is Not Alone:”

Harwood also points out that as recently as 2001, MSNBC had a slight Republican lean: 41.4 percent to 39.4 percent. All of these numbers come, incidentally, from Scarborough Research; no relation to the Morning Joe host.

How strongly do these tilts reflect left-leaning editorial content? Unclear. MSNBC, often singled out for taking a Fox News-like approach with its primetime block, has the biggest margin of any network mentioned, but CNN’s isn’t much smaller; perhaps the most disappointed constituency of all will be Comedy Central fans, who love to trot out the line that Republicans and Democrats alike love The Daily Show and The Colbert Report.

The trend doesn’t seem to show any signs of reversing; as more conservative voices like John Stossel and (possibly) Lou Dobbs drift over to Fox networks, odds are it will continue to get worse.