GOP Rep. Congratulates Reporter With Swipe at Trump: How Long Till He Calls You ‘Pretty Asian Lady’? 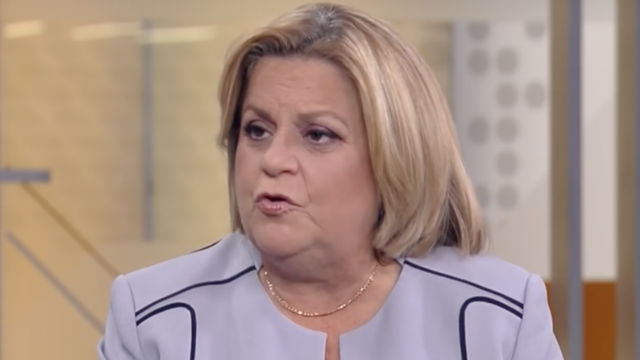 Trump-critical congresswoman Ileana Ros-Lehtinen (R-FL) took a big swing at President Trump on Twitter while congratulating a reporter on a new job.

Ok some personal news: I’m joining the @washingtonpost’s amazing White House team to cover the relationship between the Trump administration and Capitol Hill. Thank you to @politico for eight incredible, wonderful years. https://t.co/pXiGfojOae

Ros-Lehtinen offered her congratulations with… this:

Hey, @seungminkim, congrats on the new gig! How long till Trump calls u the pretty Asian lady and asks u to give him briefings? https://t.co/aEdibC53h6

Ros-Lehtinen, who is not seeking re-election this year, is making reference to that report from a few weeks ago with this anecdote about Trump’s comments to an intelligence analyst:

He wanted to know where “your people” are from, according to the officials, who spoke off the record due to the nature of the internal discussions.

After the analyst revealed that her parents are Korean, Trump turned to an adviser in the room and seemed to suggest her ethnicity should determine her career path, asking why the “pretty Korean lady” isn’t negotiating with North Korea on his administration’s behalf, the officials said.