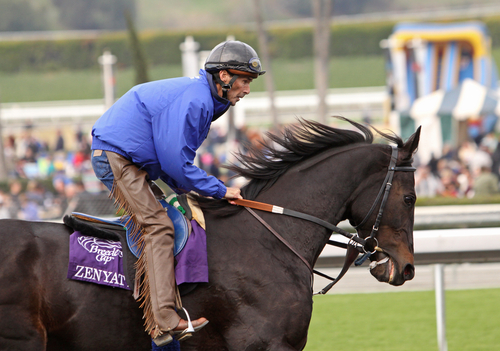 The $2 million Breeders’ Cup Distaff is the featured race on day one. The 1 1/8 mile dirt race for fillies and mares will conclude the televised portion of the Friday program and feature a field of eight. Stellar Wind highlights the field, with jockey Victor Espinoza — best known for winning the Triple Crown in 2015 aboard American Pharoah — in the irons on Friday afternoon.

American Pharoah’s trainer, Bob Baffert, sends out heralded 3-year-old filly Abel Tasman in that race. And earlier in the card, he has high hopes for Mor Spirit in the $1 million Breeders’ Cup Dirt Mile. As always, the Southern California trainer is loaded going into racing’s biggest weekend.

Friday’s races begin at 5:00 p.m. ET. NBC Sports will broadcast the action live, and also stream it on their website. They will also stream the races on mobile devices via the NBC Sports app, which can be downloaded via Apple’s iTunes Store, and the Google Play Store. Those methods require a cable subscription. However, the Breeders’ Cup website will feature a live stream with no cable subscription required.