Watch CNN’s Acosta Call Out to Trump: Will You Stop Saying the Press is ‘Enemy of the People?’

"Mr. President, will you stop calling the press the enemy of the people," CNN Journalist Jim Acosta shouted at the end of Trump's speech pic.twitter.com/FqWT5afwUV

After the horrific Capital Gazette shooting yesterday, there’s been some discussion about ratcheting down rhetoric railing against the press, including from President Trump.

The President spoke on the shooting today and unequivocally stated, “This attack shocked the conscience of our nation and filled our hearts with grief. Journalists, like all Americans, should be free from the fear of being violently attacked while doing their job.”

Trump made these comments briefly at an event on the economy and tax cuts. In video from Politico during the event, you can see and hear CNN’s Jim Acosta shouting out to the President, “Will you stop calling the press the enemy of the people?”

I tried to ask the president if he would stop calling us the enemy of the people. He did not respond.

We also had a few folks who shushed is in the audience. Of course we are not going to be shushed. https://t.co/ZbSYaTVYti

In fact, you can spot one person shushing him in the video: 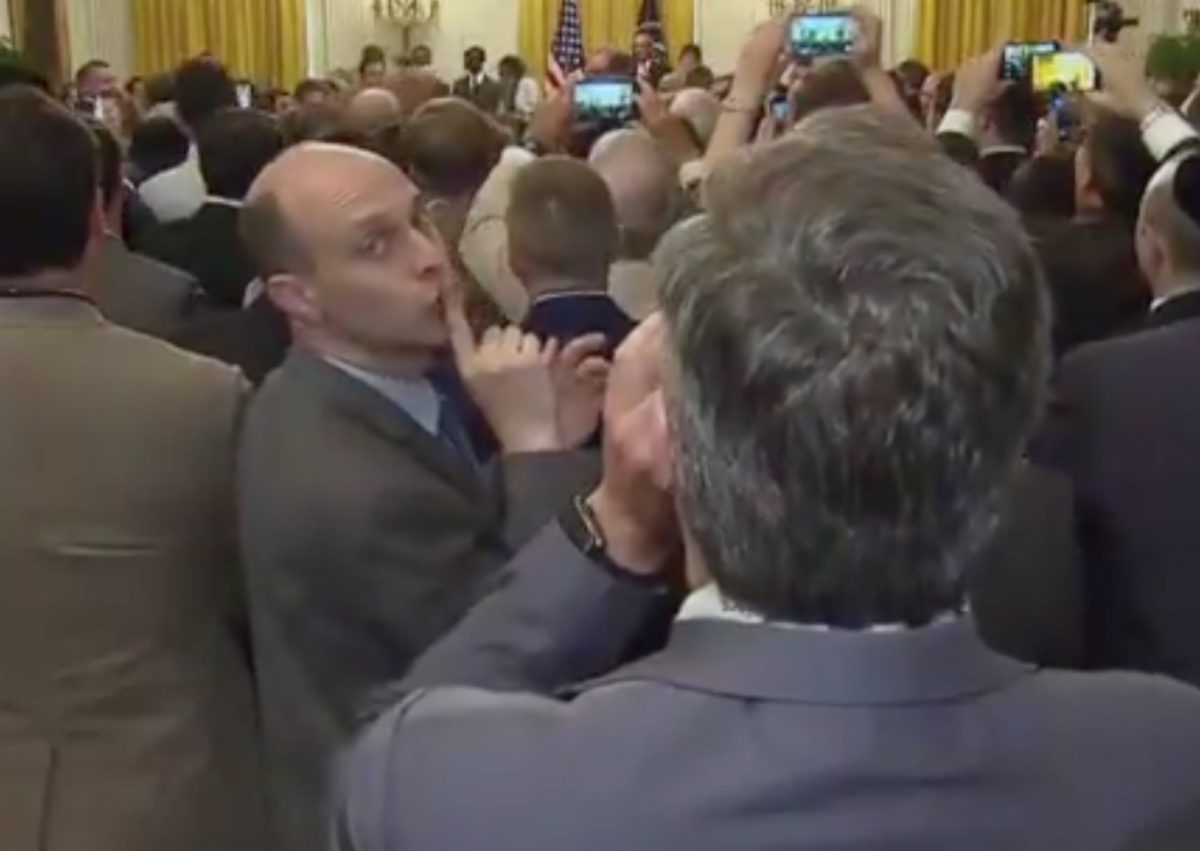