Lindsay Graham Scolds Media After Trump Presser: ‘Not Enemies of the People’ But ‘Allies of the Democratic Party’

Lindsay Graham Scolds Media After Trump Presser: ‘Not Enemies of the People’ But ‘Allies of the Democratic Party’ 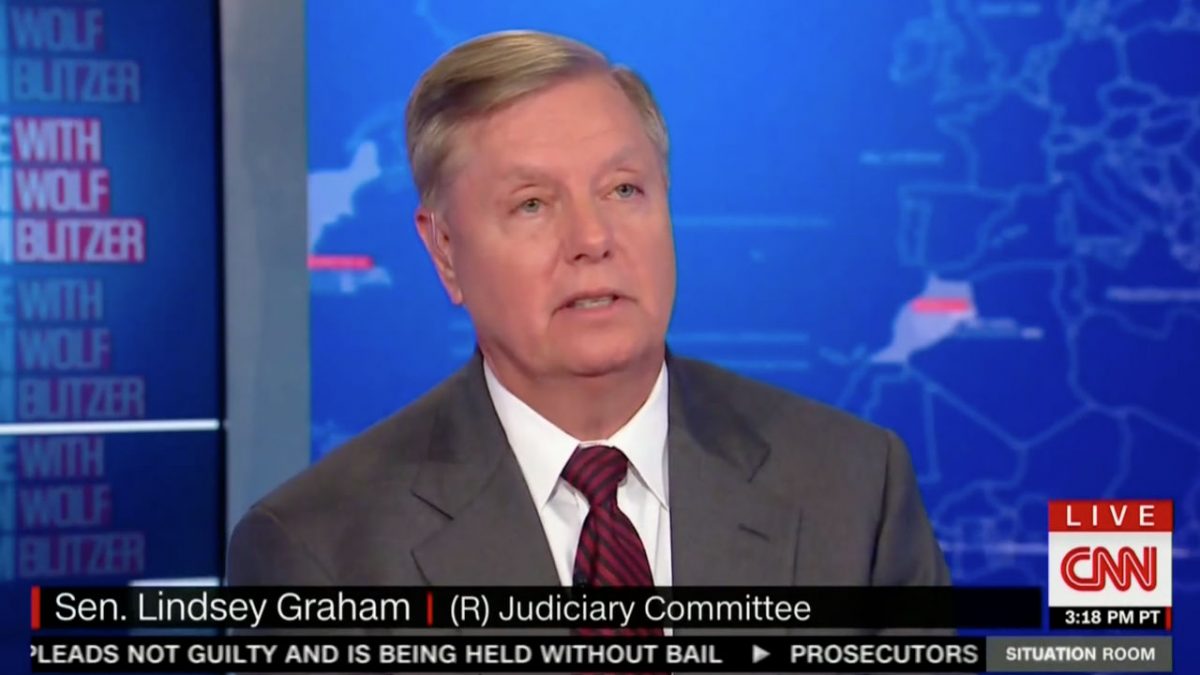 Senator Lindsey Graham put out a statement today on the conduct of the media at President Donald Trump‘s press conference.

Graham said some reporters show their bias as “allies of the Democratic party” by being anti-Trump activists:

It’s apparent to me the White House press corps lives in a bubble and the way they are conducting themselves today will do NOTHING to improve their standing with the American people.

Certain members of the press cannot stand the fact that President @realDonaldTrump and Republicans defied expectations in the midterm elections – actually growing our Senate majority.

The mainstream press are not — in my opinion – ‘Enemies of the People’ but rather ‘Allies of the Democratic Party’ playing an activist role in support of their agenda.

Graham did not single out any reporters by name, but Trump had the most contentious exchange with CNN’s Jim Acosta. You can watch it here.