Michael Wolff Fires Back After Trainwreck Morning Joe Interview: ‘The President is Right About Mika’ 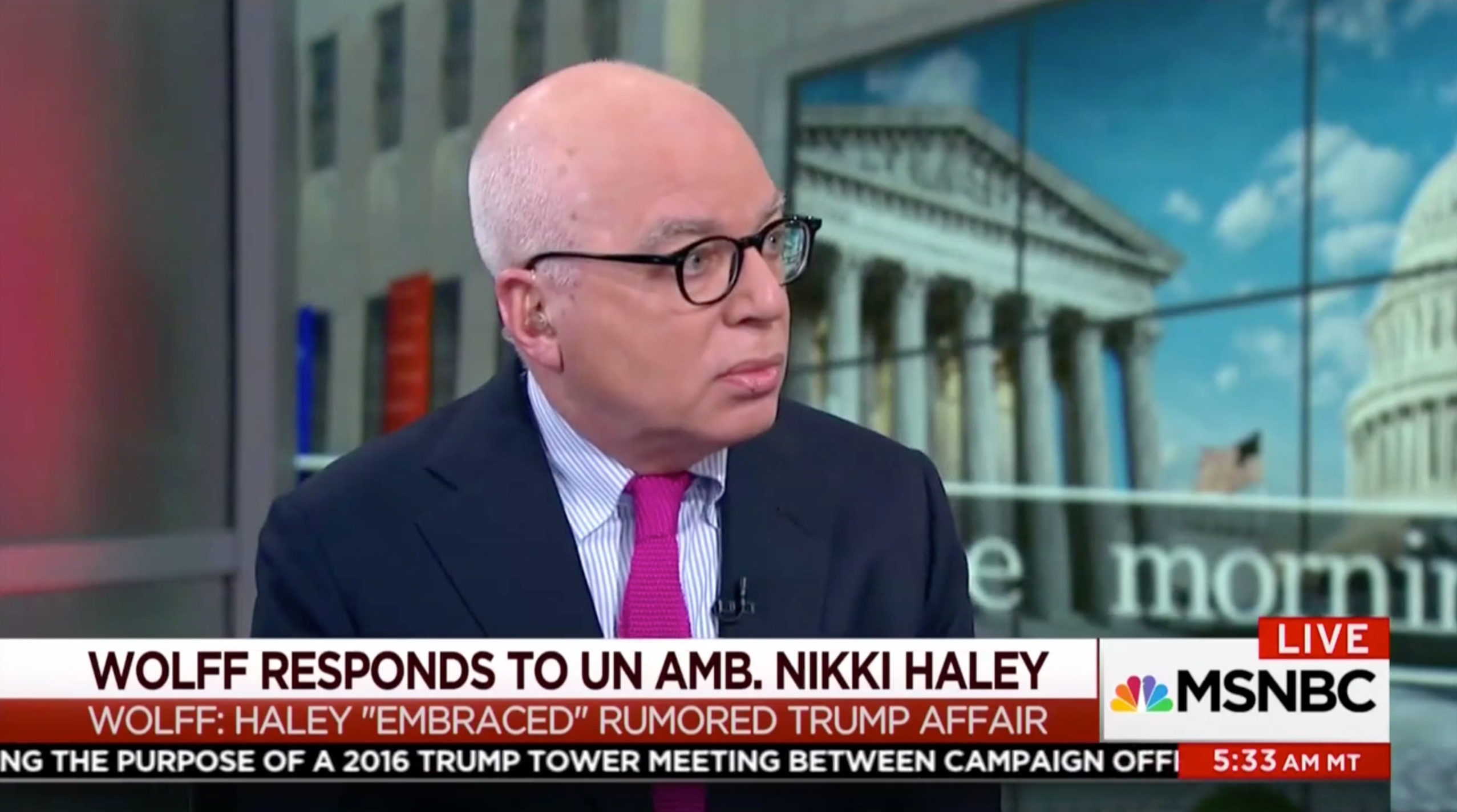 Wolff appeared on Morning Joe on Thursday, after landing in hot water over his suggestions that UN Ambassador Nikki Haley had an affair with Trump. He even claimed this week that Haley actually “embraced” the rumors, which she called “disgusting.”

During his appearance, Brzezinski went off on Wolff, telling him, “you might be having a fun time playing a little game dancing around this, but you’re slurring a woman, it’s disgraceful.”

After Wolff repeatedly denied that he was suggesting an affair between Haley and Trump, Brzezinski lost it, and abruptly ended the interview — an awkward affair, as Wolff was sitting in the MSNBC studio with Mika and the panel.

Well, Wolff launched into a tweetstorm after the interview, claiming that Trump “is right about Mika,” and that he was invited on the show only “to be thrown off.”

My bad, the President is right about Mika.

It is unclear what Wolff is referring to when he says the “the president is right about Mika” — Trump has frequently targeted the MSNBC host in tweets as “dumb as a rock” and “Low i.q. Crazy Mika.”

To be invited on a show with the purpose of being thrown off…is the new television.

In other words, I had to say what Mika wanted me to say, or else…the hook!

And let me repeat: Nikki Haley has chosen to vociferously deny something she was not accused of.

Wolff also noted that the last time he was on Morning Joe, hosts Mika and Joe Scarborough were “eager to gossip about who Trump might be sleeping with.”

The last time I was on Morning Joe off camera Joe and Mika eager to gossip about who Trump might be sleeping with.

It really would be hard to gossip more eagerly off camera than Mika and Joe gossip.

We eagerly await Mika’s response, in the form of a strongly worded tweet.