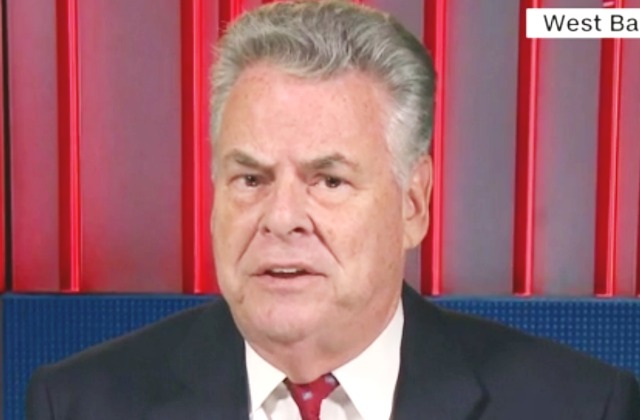 Republican Congressman Peter King does not like Senator Ted Cruz, and went out of his way to make that clear again over the weekend.

King took a shot at Cruz by saying he will take the high road on Hurricane Harvey aid, despite Cruz’s vote on Sandy aid years ago:

As lifelong NYer w/ NY values I will vote for emergency Harvey $ for Ted Cruz's constituents. Above all, true Americans must stand together.

Cruz, who has been focused on Hurricane Harvey relief, was asked about this criticism from King and others during a brief appearance on MSNBC today updating Katy Tur on the response in Texas.

Cruz said that now is not the time for “political sniping.”

He went on to insist he “emphatically” supported Sandy relief and his issue was the bill was “filled with unrelated pork,” saying, “It’s not right for politicians to exploit a disaster [when] people are hurting to pay for their own political wish list.”