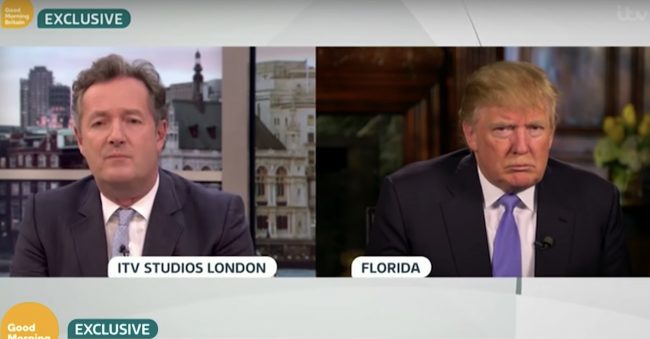 According to The Guardian, President Donald Trump (former star of The Apprentice was scheduled to for an interview with Piers Morgan (former judge on America’s Got Talent) Thursday. The interview will air in full Sunday night on the UK’s ITV, with excerpts to run on Good Morning Britain Friday.

Morgan was crowing about his big get on Twitter Thursday.

Looking forward to all my green-eyed media friends whacking me for the worst interview in history, as they simultaneously race to follow up all the news lines… ?#TrumpMorgan pic.twitter.com/dpUP1ri9LT

Somehow, we don’t expect #TrumpMorgan to measure up to Frost/Nixon. But we’ll be watching just the same.