Schumer Says Trump ‘Touched a Hot Stove’ With Shutdown, Warns: ‘Hopefully He Won’t Do it Again’ 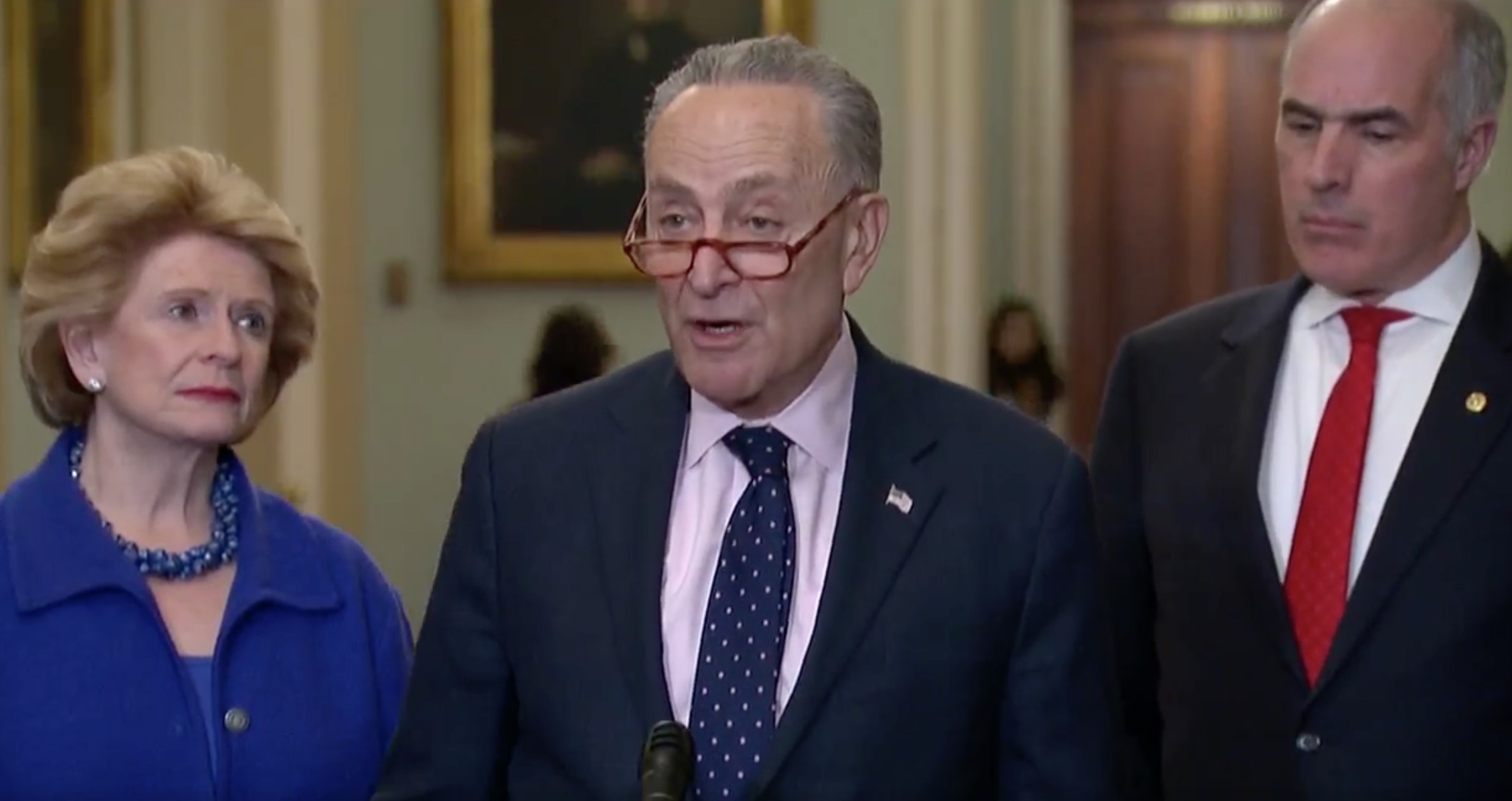 As he talked about the shutdown’s impact on the country, Schumer said he hopes this “serves as a lesson” for Trump and the GOP to not go down this path in the future.

Schumer continued to pitch ideas for moving forward on border security negotiations, comparing it to Congress’ bipartisan agreement on sanctions against Russia. The common theme, according to Schumer, was that “when the president stays out of the negotiations, we almost always succeed. When he mixes in, it’s a formula for failure. I ask President Trump, let Congress deal with it on its own.”

We learned yesterday that the cost of the #TrumpShutdown is $11 billion.

$3 billion of that will never be recovered.

Watch @SenSchumer and Senate Democrats talk to the press: https://t.co/oS6SEwEGPX