The Prospect Asks “What Ever Happened To Ann Coulter,” But She’s Still Here 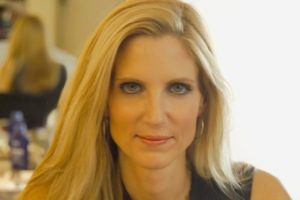 There was a time when “the whole political world hanging on her every bile-laced tirade,” Waldman argues, which is now a thing of the past. Now, he continues, Coulter’s commentary feels dated, and she has been overtaken by even zanier voices on the right. He attributes this both to the fact that “her shtick just got old” and that the competition on the right got stronger:

“But even though Barack Obama should have been great for Coulter, Inc., the right wing has passed her by. Her act seems somehow out of place. It’s not that there isn’t plenty of hate on the right, but Coulter’s hate was just pure venom, without much point to it. She had none of the crazy conspiracy theories that have become de rigueur. She shot out in all directions, while the people at the top of the heap now, like Glenn Beck, are convinced they are driven by a complex and coherent ideology, complete with a Founding Father fetishism that would sound insincere coming from Coulter.”

The question of whether the “old guard” of neo-conservatives– now often referred to as “paleo-conservatives”– like Coulter still have a seat at the table when the dialogue is being increasingly controlled by libertarian voices with a much bigger focus on loving the Constitution than hating liberals. Coulter’s narrative has consistently been that “liberals are stupid”– compare this to, say, Beck, whose narrative is, in general terms, “we must save America.” Libertarians have been a game-changer for Coulter. That said, Waldman seems to be jumping the gun here in claiming that neo/paleo-conservatives don’t have a place in post-Obama America. Coulter– and Sean Hannity and Karl Rove and voices like them– seem to be doing just fine, still having the same TV gigs and analyzing the world from the same perspective they were before. They get less attention because, having been around longer, they are less understood than their Constitutionalist counterparts, but let’s not declare the Coulter phenomenon dead until people stop banning her from speaking at colleges.