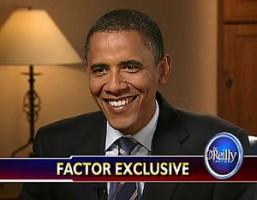 While the salvos between FNC and the White House have recently abated, we are now only left to wonder: what the hell happened? Was there really a truce? Or was it more of a ceasefire? More likely, both sides grew tired of the back-and-forth — or realized that they each got want they wanted out of the dust-up.

Its clear why FNC loved the controversy — it helped their ratings and allowed them to cover one of their favorite topics: Fox News. But what did the White House get out of it? Many media critics are wrong in saying that the Obama Administration was stupid for going after FNC. Why? Three words: Health care reform.

Most pundits seem to agree that Fox News was the clear winner in this media fracas — or perhaps more to the point, that the White House was the loser. Jeff Bercovici wrote at DailyFinance.com that the “Fox News ‘truce’ with the White House is no victory for Obama.” David Carr chastised the White House for “punching down” … David Corn at PoliticsDaily.com cleverly suggested that the “White House shouldn’t play chicken with Fox.” The list literally goes on and on…

But missing in all of this analysis and critique is any explanation of what the White House had to gain by the brouhaha. Many presumed that the White House intended to marginalize or delegitimize Fox News. But I think there was a more solid logic behind the White House strategy: they wanted to pass health care reform legislation, and this was the best way to do it.

“Health care” was mentioned by Fox 2361 times in August. In October, it was only mentioned 1558 times. Meanwhile, Anita Dunn — who wasn’t mentioned once in August — has been referenced 121 times this month.

A recap: In August of this year, the White House launched a full court press on public health care, and were immediately met with a full court press by their toughest opponent — Fox News. As we mentioned at the time, the real health care debate late this summer was always between the Obama Administration and Fox News; the Republican party itself played only a weak supporting role. You remember those days, right? Town Hall protests, Arlen Specter getting yelled at, Death Panels…good times. Suffice it to say, the White House lost these early but important battles, which basically framed the debate.

It was at this point that senior officials reportedly met at the White House to discuss their media strategy and apparently came up with the concept of going after Fox. I imagine that their thinking was something like this: “We are getting hammered on health care reform. I’ll bet that if we start a fight with Fox News, they’d get distracted enough by their own reflection enough to stop hammering us so hard on the current health care debate.” Were they right?

In early October, Anita Dunn went on CNN’s Reliable Sources and caused an uproar when she said this to host Howard Kurtz: “Let’s be realistic here, Howie, they’re widely viewed as a part of the Republican party: Take their talking points, put ‘em on the air. Take their opposition research, put ‘em on the air. And that’s fine, but let’s not pretend they’re a news network the way CNN is…”

Since that fateful moment, Fox News has spent a vast amount of their resources on covering the White House criticism. That’s a smart business decision — not only is it a huge story, but it helps their ratings. It puts FNC’s competitors in a tricky wicket of having to cover a story that not only involves their chief rivals, but also invites their viewers to change the channel and see what could possibly be making such a fuss! Yes, covering this story whole-heartedly was, without question, a win-win for Fox News.

But more importantly, Fox News’s coverage of the “feud” came at the expense of their coverage of the health care debate. Suddenly, there was much less hand-wringing and gnashing of teeth over death panels and town hall protests. According to the television monitoring service TVEyes, the term “health care” was mentioned by Fox 2361 times in August. In October, it was only mentioned 1558 times. Meanwhile, Anita Dunn — who wasn’t mentioned once in August — has been referenced 121 times this month.

What does it mean if this is where the White House was coming from? Well, it would show that they were willing to take a hit in terms of popularity and media relations in exchange for a chance at the passage of meaningful health care reform. It remains to be seen whether that will happen. But it shows how deeply invested Obama is in health care as a cause — and how much he has to lose if the push for reform peters out.