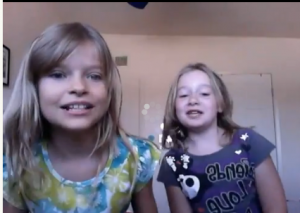 Using children in campaign ads — whether those officially endorsed by a given candidate or those created by enthusiastic fans — is always tricky. For one, politicians can be accused of using young children as props to come across as more sympathetic than they might have otherwise, exploiting cuteness for political gain. Then there’s the reality that children don’t have a firm enough grasp on current events or how government functions in order to fully and thoughtfully lend their support to an candidate. Also, children smell weird and have small, often sticky fingers like hamsters.

None of that, however, has deterred candidates young and old, experienced and green, sane and otherwise from using young kids in their ads. Let’s take a look at some of the best. And by best we mean worst and by worst we mean “How do these exist?”

1. These two adorable little girls really love Michele Bachmann. A lot. She makes them feel happy and jumpy and excited and they want her to be President so much you guys and do their parents know they’re posting videos on YouTube?

2. Back when Barack Obama was running for president and it seemed like every single one of my college classmates was perpetually drunk on some potent mingling of hope and desperation, this video hit the internet like a pigeon might hit a windshield: With great, misguided force. Blame our horror cannon, but there’s just something about groups of children that is terrifying, especially when they’re singing about things they probably don’t understand. That said, this song is screaming for a reggaeton remix.

3. Rep. Mike Weinstein is a Republican currently representing District 19 in Jacksonville, Florida. You likely haven’t heard of him, which is too bad, because he seems like a nice man who really loves his family. And his family loves him right back. So much so, in fact, that his son Leigh put together this totally rad and cowabungangly tubular campaign video for his dad. Sure, Leigh isn’t really a “kid,” per se, but he is Mike‘s kid and he does know how to a craft a tune that’ll worm its way into your brain forprobablyever. Hit it, dudes.