Trump Alongside Kim Jong Un: ‘We Had a Really Fantastic Meeting’ 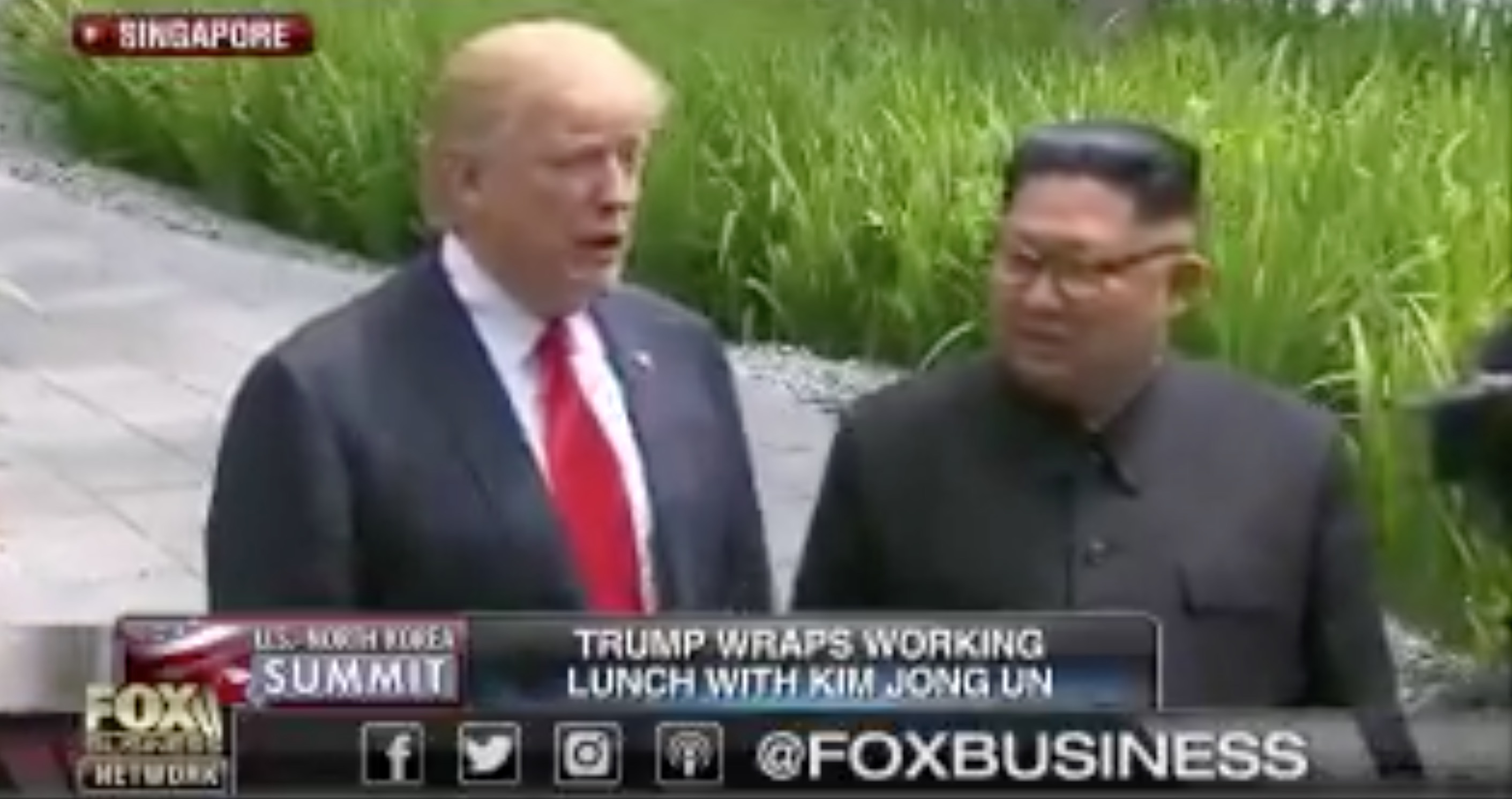 President Trump and North Korean Dictator Kim Jong Un appeared briefly before the press and gave a bit of a status update.

After wrapping up a working lunch, both leaders began approaching the press pool.

MOMENTS AGO @POTUS finished his working lunch with Kim Jong Un: “We had a really fantastic meeting.” pic.twitter.com/jnNaDgeJT8

When asked by the press how’s it going, Trump quickly responded by saying it’s “going great.”

“We had a really fantastic meeting,” Trump said. “A lot of progress. Really, very positive. I think better than anyone could have expected. Top of the line.”

He then began walking passed the press with the dictator, informing them that they were heading to a “signing.” What exactly is being signed is uncertain at this point.

Watch the clip above, via Fox Business Network.