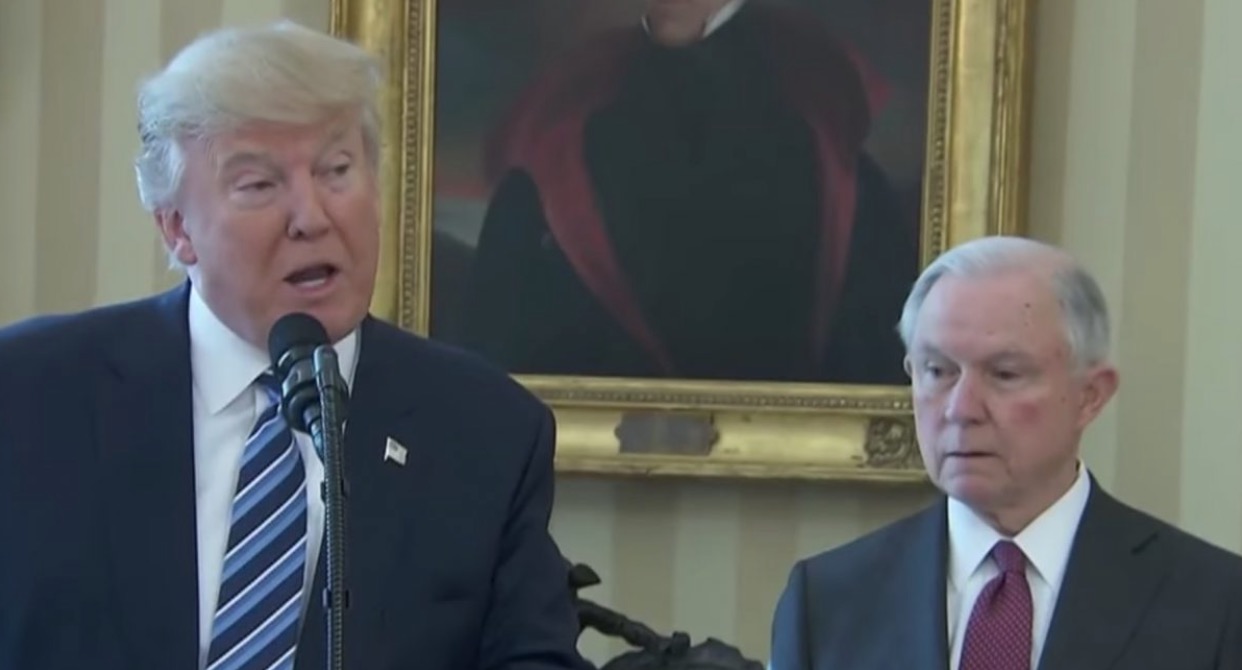 A new report suggests that Donald Trump and Jeff Sessions decided to completely ignore the elephant in the room yesterday when they met for a discussion on prison reform.

With all of the legal bombshells for Trumpworld over the last few days, the president has been renewing his attacks on Sessions because of the attorney general’s recusal from the investigations into his campaign’s connection to Russia. Sessions fired back with a statement that “the Department of Justice will not be improperly influenced by political considerations,” and since he was at the White House yesterday, you’d think he and Trump might’ve taken some time to talk about their problems with each other, right?

Axios’ Johnathan Swan reports that multiple sources told him that Trump and Sessions didn’t say a single thing about the tension between them.

“No acknowledgment, not even a passing mention” of the morning’s events,” said a source close to the meeting. “To the point where I don’t even know if he [Trump] was aware of his [Sessions’] statement.”