Trump Defends Backing Off Call to Raise Gun Purchase Age: ‘Not Much Political Support (To Put it Mildly)’

Trump Defends Backing Off Call to Raise Gun Purchase Age: ‘Not Much Political Support (To Put it Mildly)’ 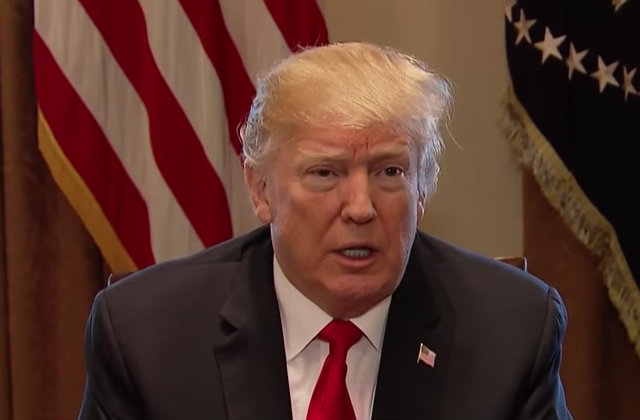 President Donald Trump recently called for increasing the minimum age for buying long guns — like the AR-15 used in the Parkland, Florid a high school shooting last month — to be raised to 21.

But in a school safety proposal announced by the White House on Sunday night, no mention was made of raising the age limit for such gun purchases, and people noticed.

Trump took to Twitter on Monday morning to declare a number of gun safety measures he has backed, including a “strong improvement and strengthening of background checks,” a ban on bump stocks to come “soon,” and arming “[highly] trained expert teachers”:

In a second tweet, Trump addressed the age limits he previously called for, claiming that he is “watching court cases and rulings before acting”:

….On 18 to 21 Age Limits, watching court cases and rulings before acting. States are making this decision. Things are moving rapidly on this, but not much political support (to put it mildly).

“Things are moving rapidly on this, but not much political support (to put it mildly),” Trump concluded.

One court case Trump is referring to is ostensibly the NRA’s lawsuit filed against the state of Florida over legislation Governor Rick Scott signed that raised the minimum age to purchase a firearm to 21 from 18.

While raising the age limit may be facing pushback amongst some Republican lawmakers not eager to test the political might of the NRA, a move has broad support amongst Americans.

From a recent Politico poll:

Raising the age limit on gun purchasers is also widely popular. Eighty-two percent think the age limit should be 21 to purchase an assault-style weapon, and 81 percent support requiring purchasers of all firearms to be 21.

If schools are mandated to be gun free zones, violence and danger are given an open invitation to enter. Almost all school shootings are in gun free zones. Cowards will only go where there is no deterrent!